Do You Use Google Chrome’s Incognito Mode? You May Be Eligible for $5K 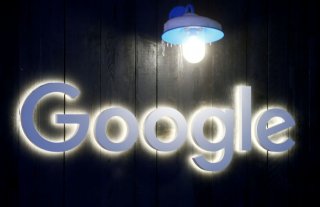 If you’re an avid user of Google Chrome, you’re likely familiar with Incognito mode, which allows you to browse privately.

And if you’ve used this particular mode within the past four years, according to a proposed class-action lawsuit, you could eventually be in line to receive a hefty sum of $5,000.

In the lawsuit, Google is accused of invading people’s privacy and tracking internet use even when browsers are set to “private” mode. The suit, filed in the U.S. District Court for the Northern District of California, alleges that the tech giant violated wiretapping and privacy laws.

If you open Incognito in Chrome, Google displays a message that states that you can “browse privately” and confirms that other people using the device cannot see your browsing activity. While this message says that downloads and bookmarks will be saved, your browsing history, cookies, site data and form inputs will not.

“Google tracks and collects consumer browsing history and other web activity data no matter what safeguards consumers undertake to protect their data privacy,” the complaint reads.

The lawsuit is seeking at least $5 billion from Google and its parent company, Alphabet Inc. The proposed class-action suit may include “millions” of Google browser users—a potential payout of $5,000 for each affected individual.

Google spokesman Jose Castaneda said the Mountain View, California-based company disputes the claims and plans to defend itself vigorously against them.

“Incognito mode in Chrome gives you the choice to browse the internet without your activity being saved to your browser or device,” Castaneda said in an emailed statement. “As we clearly state each time you open a new Incognito tab, websites might be able to collect information about your browsing activity during your session.”

According to the complaint, Google gathers data on individuals via Google Analytics, Google Ad Manager and other applications and website plug-ins, which can include smartphone apps.

This data assists Google in learning more about a particular user’s friends, hobbies and shopping habits—and even the “most intimate and potentially embarrassing things” they search for on the browser, the complaint said.

Google “cannot continue to engage in the covert and unauthorized data collection from virtually every American with a computer or phone,” the complaint added.