Elon Musk Says Hertz Deal May Not Be a Deal 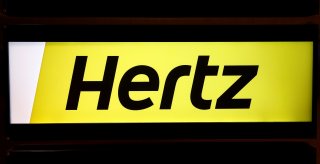 Last week, rental car giant Hertz announced that it had reached a deal with Tesla to purchase 100,000 cars from the electric car maker, as well as establish a new charging infrastructure throughout its operations. At the same time, Hertz announced a related endorsement deal with NFL legend Tom Brady.

“Electric vehicles are now mainstream, and we've only just begun to see rising global demand and interest,” Hertz interim CEO Mark Fields said in a  statement. “The new Hertz is going to lead the way as a mobility company, starting with the largest EV rental fleet in North America and a commitment to grow our EV fleet and provide the best rental and recharging experience for leisure and business customers around the world.”

The deal was supposed to make Tesla Model 3 cars available to Hertz customers starting in November.

That entire media blitz indicated that the Tesla/Hertz arrangement was a done deal. However, Tesla CEO Elon Musk sent a tweet Monday indicating that perhaps it isn’t.

“I’d like to emphasize that no contract has been signed yet,” Musk said in a social media post on Twitter. “Tesla has far more demand than production, therefore we will only sell cars to Hertz for the same margin as to consumers. Hertz deal has zero effect on our economics.” He did, however, refer to the “Hertz deal.”

Following the tweet, Tesla’s stock dropped, according to Yahoo News. It was far from the first time Musk’s Twitter account had caused markets to move. This followed a surge in Tesla’s market price after the Hertz announcement last week, taking it over $1 trillion for the first time ever.

Hertz seems to think a deal is a deal.

“As we announced last week, Hertz has made an initial order of 100,000 Tesla electric vehicles and is investing in new EV charging infrastructure across the company’s global operations. We are seeing very strong early demand for Teslas in our rental fleet, which reflects market demand for Tesla vehicles,” a spokesperson for the rental car company said, according to New York magazine. Hertz added that delivery of the cars has already begun.

The rental car industry struggled during the height of the pandemic when Americans were not traveling, and the major rental car companies sold off a huge amount of their inventory. Hertz even filed for bankruptcy at one point.

Yahoo quoted a note from analyst Nicholas Colas of DataTrek Research as stating that a Tesla/Hertz deal was a "fascinating case study in how new and old industries still need each other to maximize the impact of disruptive technologies on the one hand and leverage that same technology to remake a stale business model on the other."