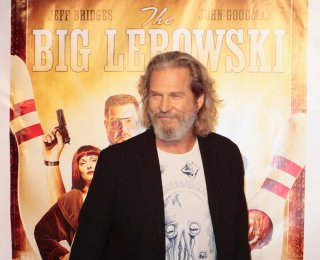 The streaming service Peacock, as of the end of July, had only existed for about two weeks. But it’s already adding big titles at the start of its first full month. Some highlights:

“The Big Lebowski” (August 1.) The Coen Brothers’ 1998 cult hit, starring Jeff Bridges as a bowling-loving layout pulled into a Chandleresque mystery, and John Goodman as his hair-trigger, proto-neocon buddy, hits Peacock at the start of August.

“Brokeback Mountain” (August 1.) The groundbreaking 2005 romance, starring Heath Ledger and Jake Gyllenhaal and directed by Ang Lee, reaches Peacock, ahead of its fiftieth anniversary this fall.

“E.T: The Extra Terrestrial” (August 1.) Steven Spielberg’s 1982 classic, about the friendship between a young boy (Henry Thomas) and a space alien, adds to Peacock’s roster of classics, after a previous run on Netflix.

“The Graduate” (August 1.) The 1967 classic directed by Mike Nichols and starring Dustin Hoffman as a recent college graduate having an affair with the older Mrs. Robinson (Anne Bancroft), hits Peacock after not being streamable for a while.

“Snakes on a Plane” (August 1.) Samuel L. Jackson’s 2006 action film, which was about exactly what it sounds like, inspired so many memes before its release that the filmmakers went back and shot new scenes. If you haven’t seen it since the initial release, it’s on Peacock now.

“Hitmen” (August 6.) Yet another British show brought to the United States as a Peacock original, this one stars Mel Giedroyc and Sue Perkins as a pair of friends who are professional killers.

“Five Bedrooms.” (August 13.) In a change of pace, this show is… Australian. The show, about a group of five single people who decide to buy a house together, heads to Peacock, which is apropos, since one of the actors’ names is Stephen Peacocke.

“WWE Untold.” (August 15.) As part of a deal with World Wrestling Entertainment, some shows are headed to Peacock’s premium tier, starting with this documentary series with wrestlers telling stories about their biggest matches.

“3rd Rock from the Sun” (August 15.) Peacock is known for hosting a lot of ex-NBC sitcoms, but here comes one of the more unheralded ones, that ran from 1996 to 2001. This show stars John Lithgow, Jane Curtin, Kristen Johnson and a very young Joseph Gordon-Levitt as a family of aliens who hide out on Earth.