Fast and Furious: Tesla Edition (As in Stolen Cars and an Epic Crash) 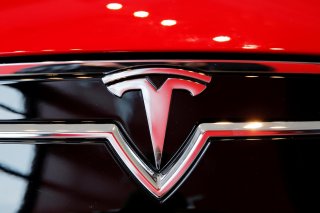 One of the selling points of Tesla automobiles is that the cars are extremely difficult to steal. According to a Marketwatch story, as of 2014 only four Teslas had ever been reported stolen in the U.S., with whole years sometimes passing without any of the cars suffering a theft.

Auto theft, overall, is a type of crime that's been declining for years, due to technological advances in key and car technology, and cheaper cars are stolen much more frequently than more expensive ones. But such thefts are especially rare for Teslas.

Why so few thefts? Teslas don't use traditional keys, their movements can easily be tracked by Tesla, and while car thieves often sell off the stolen cars for parts, there isn't much demand for Tesla parts, which are different from those on most cars. Electrek did report in 2017 on Model S parts being found in a truck, following a series of "relay attacks" by thieves in Europe. There were reports last year about security vulnerabilities in Tesla's key fobs.

Over the years, such thefts have become less rare, if nearly always temporary. Electrek, in 2018, reported that while 115 Tesla thefts had been reported in the U.S. up to that point, the cars had been recovered in 112 of those cases. Stealing a Tesla may be hard, but pulling such a theft off successfully is next to impossible.

That was shown once again this weekend, when a group of thieves reportedly stole three Teslas from a dealership in Tyson's Corner, Va. But the cars, as usual, were recovered soon afterward.

According to NBC's Washington affiliate, three Tesla cars were stolen from that dealership late Friday night, leading to a chase when officers noticed one of them had dealer tags. One driver crashed and fled on foot, while the drivers of two others left the cars and " tried to outrun officers." One was caught, and police say that person lied about their age and claimed to be a juvenile.

It's unclear from the information reported so far how, exactly, the thieves were able to start the cars, and whether they were sophisticated car thieves or mere novices. WTOP reported that the group had also stolen a Mitsubishi SUV.