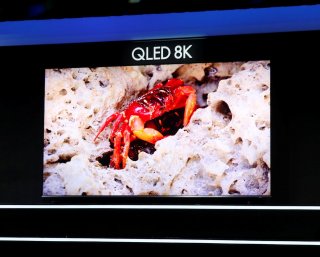 For the last several years, several prominent filmmakers have been going to war against motion smoothing.

What is motion smoothing? Also known as video interpolation, it is often the default setting on a lot of TVs. What it does is artificially adds frames to content, which creates what’s often called the “Soap Opera Effect.” Filmmakers such as James Cameron and Martin Scorsese often rail against motion smoothing, and Tom Cruise and Christopher McQuarrie, who directed the most recent “Mission: Impossible” movies, recorded an anti-motion smoothing public service announcement last year.

“When Paul Thomas Anderson, Ryan Coogler, Patty Jenkins, Martin Scorsese, and Christopher Nolan reached out to the UHDA about extending the cinematic experience into the living room, we were eager and ideally situated to engage in the conversation,” UHD Alliance Chairman, Michael Zink of Warner Bros, said in the announcement last August. “The Ultra HD TVs from supporting CE members are capable of delivering a range of viewing options and the addition of Filmmaker Mode for cinematic content, which is based on input from a broad range of preeminent filmmakers, provides a way for consumers to better experience the filmmaker’s vision.”

Filmmaker Mode disables all post-processing, in order to bring the image closer to what the directors originally intended. Rian Johnson, M. Night Shyamalan, J.J. Abrams and Ava DuVernay are also among the directors associated with the Filmmaker Mode. Abrams, in a video last December, acknowledged that “the world is crazy and there are bigger fish to fry than this.”

TV manufacturers LG, Panasonic, Samsung and Vizio announced their support for the Filmmaker Mode initiative at launch, along with some Hollywood studios. And now, per Flat Panels HD, Samsung has begun rolling out Filmmaker Mode to its 2020 QLED TVs, via a firmware update.