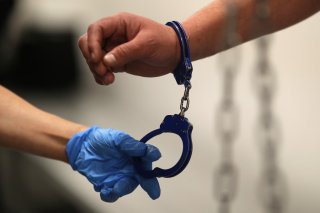 The U.S. Attorney for the Southern District of New York on Thursday announced the indictment of former Trump campaign chairman and White House aide Steve Bannon, among others, for their part in what the prosecutors called fraud in connection with a scheme to privately fund a border wall.

But those weren’t the only major criminal charges brought by SDNY this week alleging fraud. On Wednesday, the office announced federal charges against four brothers who they say were “engaging in a scheme to systematically defraud amazon.com.” The brothers, Yoel Abraham, Heshl Abraham, Zishe Abraham and Shmuel Abraham, who are based in Rockland County, N.Y., allegedly attempted to obtain as much as $32 million, and successfully took $19 million. The brothers range in age from twenty-four to thirty-two.

“The indictment alleges that Yoel, Heshl, Zishe, and Shmuel Abraham came up with a new twist on an old trick, but the use of complex technology did not hide the simple fact that the defendants were bilking Amazon for goods they never provided,” Audrey Strauss, the acting U.S. Attorney, said in the announcement of the charges. Strauss becoming acting U.S. Attorney in SDNY after the controversial firing earlier this summer of her predecessor Geoffrey Berman.

The alleged scam worked as follows: The four Abraham brothers, claiming to be wholesalers, opened vendor accounts with Amazon, at which point they began accepting purchase orders.

“Instead,” the SDNY announcement aid, “they manipulated Amazon’s vendor system, and then, in the most egregious iteration of the scheme, invoiced the company for substitute goods at grossly inflated prices and excessive quantities. The defendants frequently shipped and invoiced for more than 10,000 units of an item when Amazon had requested, and the defendants had agreed to ship, fewer than 100.”

The government also quoted from WhatsApp discussion logs in which the four accused men communicated with one another about the alleged scam, and appeared to speak in uncoded language about exactly what they were doing. And once Amazon caught on to what was going on, the four brothers allegedly registered new vendor accounts under fake names, which included the use of virtual private servers.

“The four charged today allegedly attempted to defraud Amazon out of tens of millions of dollars through a sophisticated and layered fraudulent invoicing scheme,” Special Agent-in-Charge Peter C. Fitzhugh, of Homeland Security Investigations, said in the release. “Invoice fraud is not a victimless crime. Millions of dollars in lost revenue negatively impacts a company’s ability to provide cost-effective services to legitimate customers who use the vendor’s platform. HSI works closely with our private partners to ensure that this type of fraud is mitigated, and those criminals are prosecuted for their actions.”