Get Ready: The DirecTV Stream Launch is a Week Away 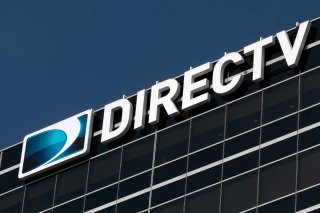 Earlier this year, AT&T announced that it was spinning off DirecTV into a separate business entity, one in which AT&T will continue to own a majority stake. Earlier this summer, the deal was closed.

As part of the deal, the service formerly known as AT&T TV (and before that, DirecTV Now) will rebrand as DirecTV Stream. Now, we have some details about how the changeover will work.

According to Streaming Clarity, the changeover will take place on August 26, as confirmed in a series of notifications sent to customers of the service. It’s also been implied to subscribers that nothing of substance will change, in terms of plans or pricing.

DirecTV will likely continue to offer the Entertainment, Choice, Premier, and Ultimate live TV packages, as before.

“The rebranding is expected to happen automatically so subscribers should not have to do anything now or once the apps transition over to the new logo,” the Streaming Clarity reported.

Streaming Clarity did suggest that the continuity could be temporary, with more changes to come later on.

“Of course, this doesn’t necessarily mean there won’t be any changes at all. It is likely that along with the change in name, branding, and logo, the apps may encounter other design and interface tweaks. Not to mention, there is the possibility that under DirecTV Stream, the service may become available on even more devices in the future. Either way, the extent to the immediate changes should start to become clear before the end of this month.”

The company, on the day the closing of the spinoff was announced, laid out how DirecTV Stream would work.

“For those who stream it, the newly branded DIRECTV STREAM will become the single brand for video streaming services previously launched by AT&T, excluding HBO Max,” the company said. “The transition will happen later this month, and service will continue to be available with no term commitment or hidden fees. To enjoy the best of live TV and on-demand, customers can either bring their own streaming device or use DIRECTV’s exclusive streaming device. Those with DIRECTV’s streaming device can build a complete, integrated, and customized entertainment experience with the ability to watch and pause live TV on up to twenty devices in their home. It also allows consumers to get all their favorite entertainment in one place with easy access to apps like HBO Max, Netflix, Prime Video, and more.”

The same announcement of the deal said that over the next few months, DirecTV Stream “will prominently feature its bold new look across its video services, and new and existing customers will experience several touchpoints with it.”