Google Adds ‘About This Source’ to Google Search Results 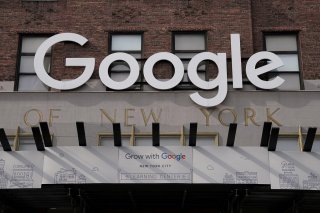 Have you ever come across a search results page on Google, and found that you don’t know anything about the web pages listed, or whether you should trust them?

Now, Google is introducing a new function, which will allow users to learn something about the listed sites, even without clicking on them.

“Starting today, next to most results on Google, you’ll begin to see a menu icon that you can tap to learn more about the result or feature and where the information is coming from,” the company said on its search blog. “With this additional context, you can make a more informed decision about the sites you may want to visit and what results will be most useful for you.”

The descriptions come from a partnership between Google and Wikipedia.

“When available, you’ll see a description of the website from Wikipedia, which provides free, reliable information about tens of millions of sites on the web,” Google said. “Based on Wikipedia’s open editing model, which relies on thousands of global volunteers to add content, these descriptions will provide the most up-to-date verified and sourced information available on Wikipedia about the site. If it’s a site you haven’t heard of before, that additional information can give you context or peace of mind, especially if you’re looking for something important, like health or financial information.”

Google began rolling the feature out Tuesday, on desktop, mobile web and the Google App on Android. It will show how secure the site’s connection is.

That is one of many changes set to come to Google’s Search product this year. Google said last year that a big Google algorithm update was set to roll out in 2021. Google had put out a new core algorithm update in early December.

The bigger update will become available in May. That’s when, Google says, the Core Web Vitals will officially become ranking signals for Google Search. Those vitals have been described by Google as “a set of real-world, user-centered metrics that quantify key aspects of the user experience,” with major considerations including “Largest Contentful Paint,” “First Input Delay,” and “Cumulative Layout Shift.”

Also this year, Google and its parent company, Alphabet, are facing a big antitrust case, from both the federal Department of Justice and several state attorneys general.

“Today, millions of Americans rely on the Internet and online platforms for their daily lives.  Competition in this industry is vitally important, which is why today’s challenge against Google—the gatekeeper of the Internet—for violating antitrust laws is a monumental case both for the Department of Justice and for the American people,” then-Attorney General William Barr said when the lawsuit was announced. The suit appears to be moving forward under the Biden administration.