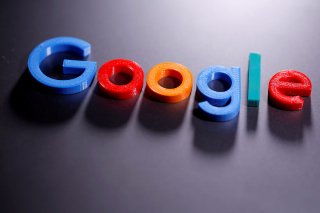 The word was spread throughout the day on Tuesday, that Google had taken some sort of action to demote leading politically conservative websites in its search results. Newsbusters alleged Tuesday that Google “has seemingly blacklisted numerous conservative websites,” listing Breitbart, The Washington Free Beacon, The Blaze, The Daily Wire and other top sites on the right.

Another reporter, Charlie Nash of Mediaite, posted about this as well, while also noting that some left-wing sites had also apparently disappeared from results.

By Tuesday night, the sites had all been restored to Google’s search results—and the company’s public liaison for its search business issued an explanation.

“Today we became aware of an issue that impacted some navigational and site operator searches. We investigated & have since fixed the bug. Contrary to some speculation, this did not target particular sites or political ideologies,” Danny Sullivan, Google’s public liaison of search, tweeted Tuesday afternoon. “Today’s issue affected sites representing a range of content and different viewpoints. Our ranking systems don’t index, rank or classify content based on political lean… We apologize for the concerns caused by this issue and appreciate it being brought to our attention.”

“I used to work on search at Google,” Paul Butler tweeted. “The idea that someone (or some group of people) has the authority to intentionally deindex sites based on political lean is a bad joke. Google is not the leftist monoculture that conspiracy theorists think it is.”

Some of the affected sites didn’t appear to buy the explanation, with The Federalist describing the episode with the headline “Google Appears To Test Its Ability To Blacklist Conservative Media Ahead Of Election.”

Google’s parent company Alphabet, per some media reports in recent months, is facing multiple antitrust probes, both from the federal government and a group of state attorneys general. While the probes are reportedly focused on the company’s advertising business, there are also reportedly touching on its core search business.

Google was also the subject of a conspiracy theory last month when a viral internet meme asked users to search any three-digit number along with the phrase “new cases,” implying that Google was somehow manipulating search results or even creating fake news stories to spread fear about the coronavirus pandemic. The true explanation, however, was simply that since so many government entities have been releasing new case totals daily for months, nearly ever number was represented at one point or another.