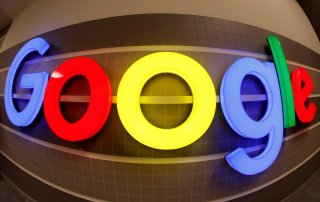 There are various indications, including from the company itself, that Google is getting ready to launch an update to its search algorithm.

The company announced this summer that a new algorithm update is set to arrive in 2021. The new update will take into account Google’s Core Web Vitals, which are described by Google as “a set of real-world, user-centered metrics that quantify key aspects of the user experience.”

But one report said some changes were made to the algorithm earlier than planned.

SEO Roundtable reported this week that around Wednesday, “most, if not all, of the Google rank checking tools are showing spikes in fluctuations in the Google search rankings.” However, the site also noted that there’s been very little chatter among the community of those who follow SEO and Google algorithm changes closely. Google also has not announced anything, nor has the Search Liason Twitter account tweeted anything about any change.

On Thursday, that site updated what might be going on with the search algorithm.

“Yesterday I reported on a possible September 15, 2020 Google update and said something similar. A lot of tools showing big volatility and fluctuations in the Google organic search results but the chatter is limited. There is more chatter today but most of that chatter is around the tools lighting up and not client ranking changes. There are some complaining about rankings but not more than what I would see in the average day,” the site said. "There did seem to be some weirdness with sitelinks in the Google search results snippets going away for a bit. Do you think this could have caused all this fluctuation? I doubt it. I suspect the tools ignore that.”

Whatever changes have happened, this hasn’t been the big algorithm update that Google has been promising. The company has said the update won’t arrive this year, and that it will provide six months notice before launching the change.

“We're providing the tools now to get you started (and because site owners have consistently requested to know about ranking changes as early as possible), but there is no immediate need to take action,” Google said back in May, ahead of the planned change.

“Contrary to some speculation, this did not target particular sites or political ideologies,” Danny Sullivan, Google’s public liaison of search, tweeted at the time.