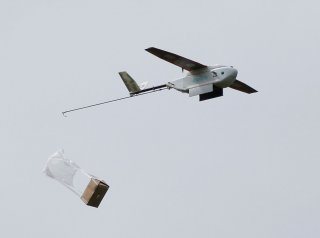 Drones have been used for some very unique purposes, since the start of the coronavirus pandemic. Multiple jurisdictions have deployed social distancing enforcement drones, while CVS and UPS joined forces for a program in which they will team up to deliver medicine to residents at The Villages, the massive retirement community in Florida.

More recently, reports of a Predator drone above protests in Minneapolis led to fears, as well as pointed questions from Congress.

The latest frontier in drone usage is much less menacing: It will involve delivery of library books to children in Virginia.

According to the Washington Post, Wing, a subsidiary of Google parent company Alphabet, launched a delivery service in Virginia last year, when it received federal approval. Wing began deliveries of some household goods, as well as food, in a small area of Virginia last fall.

The company’s service has ramped up of late, with 1,000 deliveries taking place globally in one week earlier this spring.

This week, the Post said, that will include deliveries of the library books, as a middle school librarian will handle most of the orders and backend work, at which point she will bring the books to Wing’s facilities, for flight. Students in Virginia’s Montgomery County School District will get to keep the books until the fall.

Wing’s service has managed to get up and running ahead of Amazon’s planned Prime Air service, which Jeff Bezos famously announced in a televised interview in 2014. That service is still awaiting regulatory approval.

A Business Insider report earlier this week examined what’s going on with the Prime Air effort, including a management shakeup. The report indicated that while the service is on track to finally launch in August, it will end up significantly scaled down from the ambitious effort promised by Bezos six years ago.

Meanwhile, a new report from drone service company DroneUp, as cited by GovTech, found that “commercial drones can successfully deliver medical supplies in an urban environment under isolation or quarantine orders.” That trial, using Inspire 2 drones from DJI, was also conducted in Virginia.