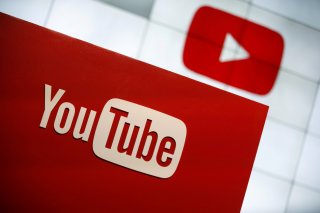 “Over the last year, people have turned to Google Search and many online services to stay informed, connected and entertained,” Sundar Pichai, the CEO of Google and Alphabet, said in the earnings release, which was released Tuesday. “We’ve continued our focus on delivering trusted services to help people around the world. Our Cloud services are helping businesses, big and small, accelerate their digital transformations.”

As for its YouTube TV service, the company did not announce a current subscriber number. The service was reported to have about three million subscribers as of last fall.

However, Alphabet did share some of what it has planned for YouTube TV in the immediate future.

“Also pleased with the progress we are making with YouTube subscription products across Music, Premium and YouTube TV, each delivering a fantastic experience and content for viewers,” Pichai said on the company’s earnings call, as published by Seeking Alpha.

“ Android TV has made tremendous strides,” Pichai said on the call. “It’s a very customizable platform. We are working not only with TV providers globally, we are doing it with cable box manufacturers, as well as we supplement it with Google TV, with Chromecast as well.”

“It’s a significant investment from our side, making sure we can drive that shift. And obviously, it has a lot of synergies for us in terms of being able to bring our services to our users, as well as give more opportunities for our Play developers to reach more users as well. But definite strong integration points with YouTube and YouTube TV as well.”

Back in June, the company had announced that YouTube TV would finally offer a 4K option for the first time. It’s on a special tier called 4K Plus, which was added prior to the Summer Olympics and the start of the NFL season. The new tier costs an additional $19.99 per month, while also offering customers the ability to download DVR recordings to a mobile device.

“4K Plus will bring some of the most highly requested features to YouTube TV, including the ability to watch 4K content on YouTube TV for the first time,” the company said in a blog post last month. ”With a compatible 4K enabled TV and/or streaming device, you can enjoy watching content in one of the best, most crisp resolutions.