Got Ya: Apple Is Tracking the Looters Who Stole Their iPhones 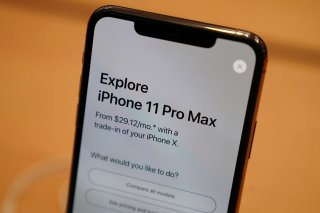 Amid the ongoing George Floyd protests, some demonstrators have unfortunately resorted to looting both small community-based stores and large multinational businesses.

Over the past week, Apple’s retail stores—including those in New York City, San Francisco, Los Angeles, Minneapolis and Philadelphia—have been targeted and hit by looters.

This comes after the tech giant recently started reopening its stores across the United States after months of closures due to the global COVID-19 pandemic. Now, Apple has once again temporarily shut the doors of some of its store locations following a series of attacks.

The Cupertino, California-based company, however, has already sent a blunt message to the thieves who ran off with thousands of dollars worth of iPhones and iPads: “The device has been disabled and is being tracked. Local authorities will be alerted.”

The tech giant is also actively bricking the iPhones that were taken from the displays of its retail stores, rendering the devices useless. This basically taps into a “kill switch” that is activated once the iPhone falls out of the Apple store’s Wi-Fi network.

There are also reports that the company has long installed special software on its phones inside Apple stores, which would enable employees to track them if they were ever stolen. This particular software is not present on purchased iPhones.

Apple’s smartphones also come with “Find My” functionality that enables users to help track down an iPhone. “If your device goes missing, put it in Lost Mode to lock it immediately and start tracking its location,” according to Apple.

On a separate note, Apple CEO Tim Cook published an open letter that called on his company to do more to create positive change.

“To create change, we have to reexamine our own views and actions in light of a pain that is deeply felt but too often ignored,” reads the letter, which was published on Apple’s website.

“Issues of human dignity will not abide standing on the sidelines. To the Black community—we see you. You matter and your lives matter.”

Cook added that Apple would be donating to several human-rights organizations, including the Equal Justice Initiative, that are working to fight racial injustice.