The Guide: How To Avoid OLED Burn-in on Your 4K or 8K HDTV 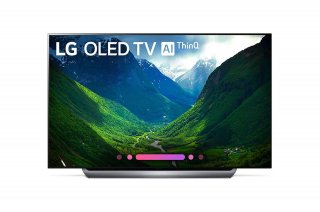 For the most part, all great tech advancements have an Achilles’ heel. For OLED TVs, unfortunately, it’s the pesky burn-in.

But for some consumers, they are willing to risk having to deal with this permanent screen damage for the opportunity to enjoy on a daily basis unequaled image quality, nearly perfect black levels, precise colors, wide viewing angles and outstanding uniformity.

Yes, that is definitely true – when it comes to image quality, OLED TVs do stand alone at the summit. Apologies to all you QLED and LCD fans out there.

Most likely, if you do own an OLED TV, you spent a sizeable sum as well. Just like your home or your car, you need to take the necessary steps to protect your investment. Here’s how.

Burn-in occurs whenever a persistent part of the image of a screen, such as a channel logo or a scoreboard from a sports game, remains as a ghostly background no matter what else is being shown on the screen. These static image elements have “worn out” certain areas of an OLED screen’s organic materials faster than the rest of the screen.

So, with this in mind, common sense should take over and steer you to put more diverse content on the screen, which should naturally reduce static images. Make an effort to change the channels once in a while, and if you’re engaged in a PlayStation marathon, shut the TV off every couple of hours. The worst thing you can do is to pause the game for hours on end.

The next sensible action you can take is to reduce the TV’s brightness setting. Always having your TV on peak brightness will only make the screen more susceptible to image retention or burn-in. For LG OLED TVs, the light setting should be between 45 and 50.

If you do notice some image retention, try to “cleanse” the screen by changing the channel to programming that doesn’t have any static images. Just leave the TV on for an hour or two, and then turn it off for several hours. In most cases, any image retention that you saw before should disappear.

Yet, as annoying as this can be, OLED burn-in will likely not happen with normal use. In fact, most burn-in is actually image retention, which is temporary and will often go away after a few minutes. In most cases, you’ll witness image retention long before it becomes permanent burn-in.

OLED TV manufacturers have also proactively jumped in to minimize the chance of burn-in. User settings like LG’s “Screen Shift” and Sony’s “Pixel Shift” move the image slightly around the screen. There are also built-in screen savers that automatically pop up after extended periods of inactivity.

OLED TVs can also perform “refreshers” on a certain timed basis to remove image retention. On Sony TVs, this particular feature is called “Panel Refresh,” and on LGs, it is known as “Pixel Refresher.” If you ever notice image retention, this function can be run manually as well. For LG TVs, you can receive a notification to run this feature after 2,000 hours of viewing time.

Starting with the 2018 TV offerings from LG, there is a burn-in preventive feature called “Logo Luminance Adjustment,” which has been designed to automatically identify static on-screen logos. If detected, the TV will decrease the logo’s brightness by 20 percent after two minutes.