Has the OLED Burn-In Problem Been Solved? 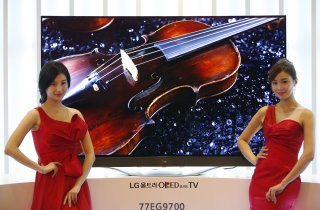 OLED, for the last few years, has been one of the most highly regarded technologies for TV screens. Most of the world’s high-rated and most acclaimed TVs, in fact, have been OLED ones, especially those released by LG and Sony.

However, ever since the launch of OLED, one particular scourge associated with it has been what’s known as “burn-in.” That’s what happens, on some OLED TVs, when a particular image has been on the screen for such a long time that it becomes “burned-in” to the panel. This has been known to happen with network logos, sports score boxes, and other things like that.

CNET had stated back in the spring that fears over burn-in had been lessening over time while noting that “if the fear of the mere possibility of burn-in is your primary concern, the decision is simple: buy an LCD-based display instead. But know that you’re sacrificing the best picture quality that money can buy.”

Now, another report states that fears are lessoning about burn-in.

According to Techradar, “we’ve taken a deeper look at the history behind burn-in and image retention and looked at whether it’s still an issue for the average user, and whether it’s a risk worth taking at all.”

The takeaway from that deeper look?

The website noted that manufacturers have been doing more to try to avoid burn-in issues, while also stating that “screen burn-in is most likely to happen on display units in showrooms of retail stores, or if you watch the same static image all the time.” Most people who own TVs, after all, don’t watch the same thing every day. And when burn-in happens, it’s not necessarily permanent.

“Crucially, it should take so long for it to be a noticeable issue that you'll end up upgrading your TV long before it becomes a problem,” according to the website. One study by LG believes that the expected life of an OLED display is about 100,000 hours of use, in comparison to LCD panels with LED backlights that “have a life expectancy of six to 10 years.”

The website went on to say that there are things OLED TV owners can do to avoid burn-in issues affecting their TV.

“The best way to avoid burn-in is to keep watching varied content,” according to the website. “Don’t leave your TV on the same image all the time and definitely don't leave anything paused for hours on end. It should take a huge number of hours to become a problem but you may end up with some temporary image retention issues and a bit of paranoia that you’ve messed up.”