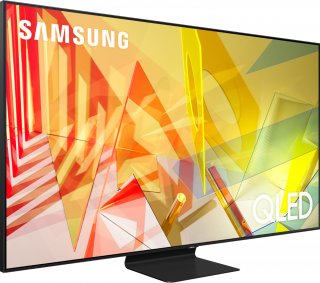 In just a few short years, there’s no question that TV consumers have come to embrace Samsung’s QLED HDTVs.

The Korean tech giant’s 2020 8K QLED offerings have also been on the receiving end of rave reviews, as they boast the capability to recreate about a billion different colors on-screen for that next-gen visual experience.

If it weren’t for the self-emissive pixel tech of OLEDs, Samsung’s QLED TVs would surely stand alone on the best-picture summit.

There is, however, another feature that sometimes gets overlooked when discussing today’s QLEDs—and that is HDR10+, an enhanced version of HDR10 that fully utilizes dynamic metadata to maximize the contrast between each scene’s black levels and a panel’s peak brightness.

By always optimizing brightness and contrast, the end result is that HDR10+—first introduced by Samsung in 2017—plays an important role in delivering to consumers that jaw-dropping, cinema-like media experience.

“Previously, we followed the SDR (Standard Dynamic Range) standard that is characterized by a low brightness level of 100 nits and a narrow color gamut,” Kim Seon-seok, a developer at the Picture Quality Solution Lab of Samsung Electronics’ Visual Display Business, said in a news release.

“But when HDR10 was introduced, with its high brightness levels and wide color gamut of over 1,000 nits, we were able to offer brightness and color range to users that (was) previously unimagined.”

Compared to other HDR technologies, HDR10+ is unique in that it has the ability to break down a video into “scenes” while processing the file.

The developers, however, noted that consumers need more than just a high-end HDTV to fully enjoy a piece of content with high-quality detailing. In order to provide the most-immersive viewing experience, Samsung knows that it must collaborate with content creators and streaming services.

With this in mind, Samsung placed much emphasis on establishing an industry-wide standard specification for HDR10+.

“Samsung established HDR10+ Technologies, LLC, along with 20th Century Fox and the Panasonic Corporation, and as of January 2020, 94 companies had joined,” developer Sohn Young-wook said in a release.

“We at HDR10+ Technologies … provide free specification details on the technology and the relevant tests, along with the verification logo and user guide. This allows us to bring more realistic and richly colored video images to more users. We are set to improve our HDR10+ specification based on feedback from each of our member companies.”