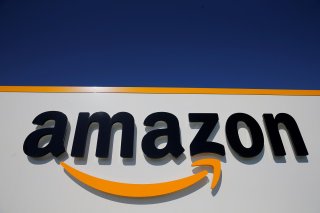 Amazon and other leaders in e-commerce have done a lot over the years to bring about the long decline of traditional, brick-and-mortar retail. Now, the company may be taking over those exact spaces.

The Wall Street Journal reported over the weekend that Amazon is in talks with Simon Property Group Inc., the nation’s largest owner of malls, about turning shuttered “anchor” stores in malls into Amazon distribution hubs.

The talks began prior to the start of the pandemic, and are not finalized. Since then, JCPenney, Lord & Taylor, Nieman Marcus and other retail companies with big presences in malls throughout the U.S. have declared bankruptcy. Other prominent retailers, such as Sears, have been closing stores for years; that chain filed for bankruptcy in 2018.

Bankruptcy does not mean all of those companies are going out of business, but it does mean, in most cases, that they will be closing some percentage of their stores, if they haven’t already.

Such a deal would provide a financial boon to those malls, while also giving Amazon space to store their vast amounts of merchandise. Such a move for Amazon would also put its distribution centers closer to population centers, and therefore cut down on delivery times. Amazon, earlier this year, was reportedly looking to take over a JCPenney distribution center in Wisconsin.

If such a deal were to be consummated, it’s unclear how many malls Amazon would be using, or whether, say, Amazon logos would replace those of Sears and Nieman Marcus on the sides of the buildings.

Amazon, around the time of JCPenney’s bankruptcy filing earlier this summer, was rumored to be considering an outright purchase of the chain, but no such deal ever took place.

“As expected, we spent over $4 billion on incremental COVID-19-related costs in the quarter to help keep employees safe and deliver products to customers in this time of high demand,” CEO Jeff Bezos said in the quarterly earnings release. “[We purchased] personal protective equipment, increasing cleaning of our facilities, following new safety process paths, adding new backup family care benefits, and paying a special thank you bonus of over $500 million to front-line employees and delivery partners.”