How Dangerous Is TikTok, Really? 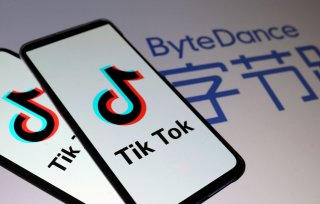 It was quite a weekend of ups and downs when it came to the future of TikTok.

After Secretary of State Mike Pompeo said in a Fox News interview in early July that the administration was “looking at” a ban of TikTok, Bloomberg News reported last Friday that President Trump was going to order Bytedance, the Chinese company that owns TikTok, to divest its ownership of the popular app. Later on Friday, The Wall Street Journal was the first to report that Microsoft was in “advanced talks” to acquire TikTok’s U.S. operations—but later the same night, the president said he was going to take action to ban TikTok, possibly as soon as the following day.

But TikTok remained alive, as of this writing, and by Sunday Microsoft had confirmed, in a blog post, that it was in talks to acquire TikTok’s U.S. operations.

“Microsoft will move quickly to pursue discussions with TikTok’s parent company, ByteDance, in a matter of weeks, and in any event completing these discussions no later than September 15, 2020,” the post said. “During this process, Microsoft looks forward to continuing dialogue with the United States Government, including with the President.”

Those calling for the banning of TikTok usually argue that the app has ties to the Chinese government, or that the app is feeding data to Beijing. Bytedance has always denied this, and a recent think tank report backs that up, stating that maybe TikTok isn’t as dangerous as it’s often portrayed.

According to an article published last month by James Andrew Lewis, the senior vice president and director of the Technology Policy Program at the Center for Strategic and International Studies, the key charges often made against TikTok all have significant holes in them.

Most of what’s posted to TikTok, Lewis writes, “contains nothing of intelligence value. If the Chinese services have been driven to attempt to find intelligence value in 15-second videos of lip-syncing teenagers, they are in desperate shape. So charge one makes no sense.”

Also, most of the data collected by the app isn’t likely to be of any use to the Chinese government and no malware has ever been discovered in the app, despite a great deal of scrutiny. And most attempts on TikTok to influence Western politics, the author argues, have been unsuccessful—including “a video of a Chinese rapper chanting about how Western media fabrications misrepresent China,” which the author described as “dreadful.”

“There are good reasons to be deeply concerned about China and espionage, but TikTok is probably not one of them,” Lewis concludes. “China’s troubling behavior and the politics of the relationship mean that TikTok will need to assuage the concerns of the United States and other countries, and this may include divestiture, but as the company works through this problem, don’t be afraid to let your teenager use one of their favorite apps.”

Many questions remain unanswered about the future of TikTok, starting with whether the president or the executive branch even has the power to unilaterally ban a social media app.

While the president could certainly lean on Apple or Google to remove the app from their app stores, they wouldn’t be required to say yes, and it doesn’t appear that an executive order, as the president implied, could prevent an app from doing business in the United States. The administration could add TikTok to the “Entity List,” which is what they did with another Chinese tech company, Huawei.

The ACLU has claimed that “banning an app like TikTok, which millions of Americans use to communicate with each other, is a danger to free expression and technologically impractical.”

There’s been speculation that Trump wants TikTok banned because it’s known that TikTok users conspired to order tickets to the president’s ill-fated rally in Tulsa in June with no intention of using them.

Meanwhile, one theory as to why the president wants TikTok banned has to do with Sarah Cooper, the comedian with a popular act on the social media platform in which she lip-syncs the president’s speeches while performing funny facial expressions. Vogue, and others, have floated this theory, but it appears to be baseless. Cooper also posts her videos to other platforms, including Twitter, so a TikTok ban wouldn’t make her go away. And Trump, who normally never lets a slight go unanswered, doesn’t appear to have ever acknowledged Cooper’s videos.