How Skydio Hopes Its X2 Commercial Drone Will Compete With China 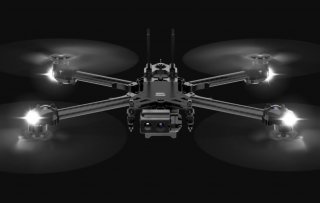 As the drone sector grows, the competition, both in the consumer markets and for government contracts, is starting to get stiffer—and U.S. politics in regards to national security and China are becoming a factor.

Skydio, a California-based firm, announced Monday that it had raised $100 million in Series C funding, while also announcing the arrival of the Skydio X2, which the company describes as “a new autonomous drone platform for enterprise and public sector.” The company also announced new software products, including the Skydio Autonomy Enterprise Foundation, Skydio 3D Scan and Skydio House Scan. These, along with the new platform, are described by Skydio as parts of “the company’s accelerated product roadmap for the enterprise and government market.”

The products will be available in the fourth quarter of this year. Applications for them include search and rescue missions. The company had previously been known for “selfie drones.”

“Manual drones lack the software intelligence that enterprises need to scale their programs,” Adam Bry, Skydio’s CEO, said as part of the announcement.

“Skydio’s goal is to unlock the value of drones by creating a radically simple user experience through the power of true autonomy. With Skydio 2 (S2) we’ve proven that our autonomy software can fundamentally change the way people use drones, and that an American company can not only compete, but can lead the way in AI-powered drone technology. We are now bringing the power of autonomy to enterprises, government agencies, first responders, and defense customers.”

A report by Wired, published Monday, detailed how Skydio is seeking to benefit from government resistance to contracts with established drone company DJI, which is headquartered in China. As of 2018, per Reuters, DJI controlled about 70 percent of the worldwide market for drones, a figure that rises to 77 percent within the United States, per FAA figures cited by Wired.

Wired said that Skydio recently received a contract from the Drug Enforcement Agency and is “vying to become the Army’s standard-issue short-range surveillance drone.”

The House recently passed a bill blocking the Department of Homeland Security from purchasing foreign drones, while the Senate is debating a bill that would “ban all U.S. agencies from buying drones from any country recognized as a national security threat, such as China,” Wired said. DJI, however, has said that its drones do not send data to China, echoing denials by TikTok, another China-based company that’s been the subject of recent suspicion and crackdown efforts by the U.S. government.