How to Switch from CBS All Access to Paramount+ 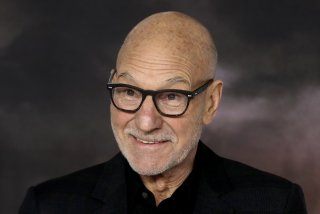 Thursday, March 4 will see a big shift in the streaming wars: CBS All Access will officially become Paramount+.

You’ve likely seen the commercials, with Dora the Explorer, Beavis and Butt-head, CBS NFL announcers, and Star Trek characters arguing on top of a mountain. Paramount+ will include almost everything offered by the existing CBS All Access, while also adding a huge amount of original account, and old movies from the Paramount Pictures vaults.

CBS All Access was launched prior to the re-merger of ViacomCBS, and Paramount+ will include a lot of content from the Viacom side of the merger (MTV, VH1, Comedy Central, etc.)

So how can CBS All Access subscribers switch to Paramount+?

“If you're an existing CBS All Access subscriber, don't worry — you won't miss a moment, “the CBS All Access “help” page says. “We’ll seamlessly transfer your subscription to Paramount+ on March 4 so you can continue to stream all your favorite shows, movies, originals and live TV. Just sign in at paramountplus.com or on the Paramount+ app with the same email address and password you used to sign up for CBS All Access.

For those new to the service signing up for the first time, there’s a special offer in place which will give new subscribers the chance to save 50 percent on their first year of Paramount+. The version of the service with ads costs $60 a year, or $6 a month, but with a special promo code (PARAMOUNTPLUS), that price is cut in half. However, per CNET, that offer will only remain in place through 7 p.m. Eastern time on March 3, the day before Paramount+ launches.

It’s likely that ViacomCBS put that offer in place in order to try to achieve a high subscriber number out of the gate.

ViacomCBS, borrowing a page from Disney’s Investor Day last December, held an hours-long investors event of their own in late February, announcing a huge array of new shows, including remakes and reboots of existing ViacomCBS properties.

Those subscribing to the service, eventually, will be treated to a reboot of Frasier, as well as new versions of The Real World, Grease, iCarly, Criminal Minds and multiple projects each from the universes of Star Trek and Spongebob Squarepants. Existing hits from CBS All Access will continue on Paramount+, although the company did announce that the Jordan Peele-produced take on The Twilight Zone will not be returning for a third season.

Paramount+: All of Your Questions Answered