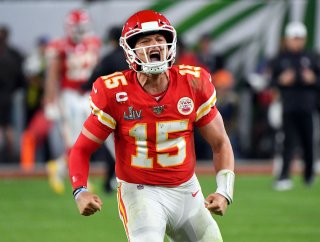 Following an offseason dominated by the coronavirus pandemic, which included a virtual NFL Draft, fewer than usual offseason workouts, and no preseason games, pro football will return Thursday night, with the annual Thursday “kickoff” game. As is the custom, the defending Super Bowl champions will host the game, with the Kansas City Chiefs hosting the Houston Texans at Arrowhead Stadium in Kansas City. The game represents a matchup of two of the hottest young quarterbacks in the game, the Chiefs’ Patrick Mahomes and the Texans’ Desaun Watson.

While some NFL teams have already announced that they won’t have fans in the stands for this season’s games, the Chiefs will allow 22 percent capacity at their stadium for the Thursday game, and for its other home games this season. But for the majority of fans wanting to watch the game will have to find a way to watch it on TV.

Fox has the package for Thursday Night Football, but that doesn’t begin until Week 2 of the NFL season. Instead, NBC has the rights to broadcast the Thursday night kickoff game, with Al Michaels and Cris Collinsworth on the call. Following the “Football Night in America” pregame show, the Chiefs-Texans game is scheduled to kick off at 8:20 p.m. Eastern time.

For cord-cutters, if you have an antenna that gets network TV signals, you can watch the game that way. Otherwise, NBC is available on such services as Fubo TV, Hulu + Live TV, Sling TV and most others like it. Subscribers to NFL Sunday Ticket on DirecTV can watch the game on there, provided they’re not in the home market of one of the two teams.

While Amazon Prime Video subscribers will be able to stream Thursday Night Football games beginning on October 8, that won’t be in effect yet for this week’s game.

When Super Bowl LV is played in February in Tampa, it will air on Fox, as part of the rotation of networks that alternate broadcasts of the Super Bowl. The Variety report also stated that Disney is looking to crack the rotation of Super Bowl broadcasters, beginning with its next contract.