Inception, Zendaya, and More: Best of What’s Coming to Netflix in February 2021 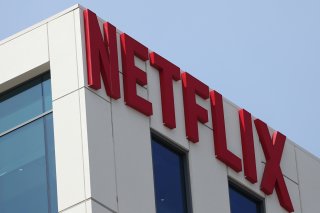 When it announced quarterly earnings last week, Netflix announced that it had reached two hundred million subscribers worldwide. That was the culmination of the streaming giant’s huge 2020, as subscribers spent stay-at-home periods streaming hours of Tiger King, The Queen’s Gambit, Emily in Paris and other hit shows.

Netflix has another lineup of new programming debuting in February. Some highlights:

- Inception (Feb. 1) Christopher Nolan’s mind-bending thriller from 2010, starring an all-star cast led by Leonardo DiCaprio, left Netflix last summer, but it’s coming back at the beginning of February. Warner Brothers may have burned a bridge with Nolan after moving its 2021 film slate to HBO Max, but apparently, he and Netflix are still good.

- National Lampoon’s Christmas Vacation (Feb. 1). The third film in the “vacation” franchise wasn’t on Netflix in time for Christmas, but it lands on Netflix at the start of February, and will hopefully last through next Christmas.

- Malcom & Marie (February 5.)  This long-awaited black and white movie, directed by Euphoria creator Sam Levinson, stars Zendaya and John David Washington as a Hollywood couple arguing on the night of his movie premiere. The film was entirely conceived of and shot during the pandemic.

- Space Sweepers (February 5.) Netflix has been investing in South Korea lately in a huge way, and part of that investment is Space Sweepers, directed by Jo Sung-hee and starring Song Joong-ki and Kim Tae-ri, which has been described in the Hollywood trade press as “South Korea’s first big-budget action film set in space.”

- War Dogs (Feb. 8.) This 2016 movie, starring Miles Teller and Jonah Hill, is the first Hollywood movie ever made about the Defense Department weapons procurement process.  The film, directed by Todd Phillips and adapted from a magazine article called Arms and the Dudes, tells the true story of a pair of average guys in Florida who become arms dealers.

- Crime Scene: The Vanishing at the Cecil Hotel (Feb. 10.) Netflix’s latest true crime documentary tells the story of the 2013 disappearance of a young woman, Elisa Lam, whose body was found at Los Angeles’ Cecil Hotel.

- I Care a Lot (Feb. 19.) This dark comedy, which debuted last fall at the Toronto Film Festival, features a cast that includes Peter Dinklage, Rosamund Pike, Eiza Gonzalez and Alicia Witt. The film is about a woman who scams the elderly and ends up angering the mob.

- Brian Regan: On The Rocks (Feb. 23.) The latest special from the clean-oriented comedian, On the Rocks will join several other Regan specials on the service, in addition to his Comedians in Cars Getting Coffee episode.

- “Pele” (Feb. 23.) Netflix is also set to debut a sports documentary about the legendary Brazilian soccer player which, according to the company, combines rare archival footage and exclusive interviews.