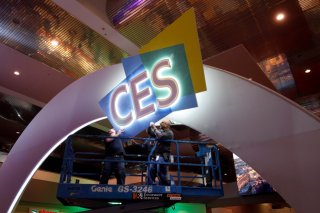 International CES, one of the world’s largest trade shows, typically takes place in January in Las Vegas, attracting more than 100,000 attendees from all over the world each year. In 2021, amid the coronavirus pandemic, CES was held virtually, with most panels and product presentations at the event pre-recorded, sometimes weeks in advance.

CES is planning to return to Las Vegas in January of 2022, with a digital version of the event also set to take place, but this week the organizers announced that proof of vaccination will be required for attendees, exhibitors and other participants.

Attendees may also be allowed to provide “proof of a positive antibody test,” in lieu of proof of vaccination.

"Based on today’s science, we understand vaccines offer us the best hope for stopping the spread of COVID-19,” Gary Shapiro, president and CEO, of CTA, said in a statement. “We all play a part in ending the pandemic through encouraging vaccinations and implementing the right safety protocols. We are taking on our responsibility by requiring proof of vaccination to attend CES 2022 in Las Vegas.”

“Safety, security and health are always a priority at CES, and we will follow state and local guidelines and recommendations by the CDC,” the CTA release continued. “CTA will continue to monitor and evaluate the situation and will announce additional protocols closer to the show.”

CES, in 2021, devoted much discussion to how the tech world had adapted to the onset of the pandemic.

The 2020 edition of CES was held in January of 2020, and attracted attendees from all over the world, including a large contingent from China. According to KNPR, the question has been raised about whether CES was a vector in the original spread of the coronavirus in the U.S. early on in the pandemic, although that hypothesis remains very much unproven.

Attendees of CES, going back many years, have complained about frequently getting sick while attending the show, largely as a result of being in close proximity indoors to that many people for as long as a week.

It’s been rumored that Samsung will debut its new QD-OLED TV technology at CES in 2022, with an eye towards releasing the first models later in the year.

Another major trade show in the consumer electronics industry, CEDIA Expo, is set to take place Sept. 1-3 in Indianapolis. However, several major exhibitors, including Samsung, Sony, Snap One, and others, have announced plans to pull out of the show, per CEPro, citing concerns with the spread of the Delta variant.