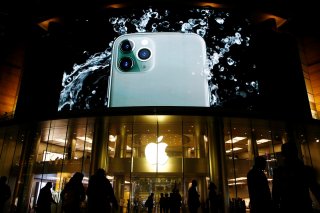 Apple’s iPhone, in a typical year, tends to arrive right around now, in September. This year’s models, however, have been delayed, with an announcement expected about their release at some point in the early part of October.

Apple has not yet made an announcement about when the new iPhones will be unveiled or go on sale, but the tech press reports the event will likely take place on October 13.

This week, a new report says Apple’s main supplier is operating around the clock to get the new iPhones ready.

According to the South China Morning Post, Foxconn’s Zhengzhou factory in China is now running 24 hours a day, with workers’ holidays cancelled and mandatory overtime in place.

The supply chain for Apple and other electronics companies was shut down in the early part of 2020, leading to uncertainty in how supplies would be affected later in the year.

Apple’s iPhone lineup this year will reportedly include four models, all of which will offer 5G capability, in a first for iPhones, although it’s expected that only one of the models will have mmWave 5G capability. All four iPhone models are expected to offer the sub-6 GHz variety of 5G. All four will also have OLED screens, and the design is expected to be different from look of the most recent iPhones.

Meanwhile, iOS 14, the latest version of the iPhone software, is already available to be downloaded on existing iPhones.

Whatever the new iPhones are called, and whatever they look like, Apple is expected to sell a large number of them. The iPhone 11, according to Omdia’s Smartphone Model Market Tracker, was the most popular smartphone in the world in the first two quarters of 2020.

Apple moved 37.7 million units of the iPhone 11, which was released last fall, which more than tripled the sales of Samsung’s Galaxy A51, which shipped 11.4 million in the year’s first half. The iPhone XR, the lower-end model from 2018, was the highest-selling smartphone in the world in the first half of 2019, selling 26.9 million units, about 10 million fewer than the iPhone 11 did a year later.

Apple held another “virtual” event in early September, which focused not on iPhones but rather on a new line of Apple Watches, as well as a new iPad.