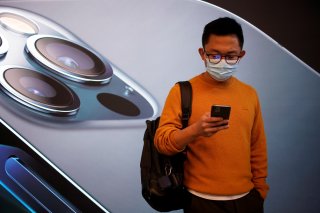 Apple this year released four different iPhones, with two of them arriving on the market in October and the other two in November. All four feature 5G capability, in a first for the company.

Which phones are driving the most demand from consumers? According to a new analyst note, it’s the two highest-end ones, the iPhone 12 Pro and iPhone 12 Pro Max.

According to a note released over the weekend by J. P. Morgan analyst Samik Chatterjee, as cited by MarketWatch, judging by lead times, the two most expensive new iPhones “continue to build, which given that it has now been a few weeks since the specific SKUs have been available is a favorable indicator of customer demand.”

Chatterjee estimated an average of thirty-three days and twenty-five days, respectively, for the iPhone 12 Pro and 12 Pro Max in the United States, which is the longest it’s been since those products arrived on the market in October. Meanwhile, lead times have gotten shorter for the lower-end models, the iPhone mini and iPhone 12, down to around three days.

That report, which came from an analysis of app data, found that “Apple is on a strong trajectory for a blockbuster holiday season.”

Apple themselves had said, in early November, that the early sales of the first two new iPhones released this year looked strong.

“We just started shipping iPhone 12 and 12 Pro, and we’re off to a great start,” Apple CFO Luca Maestri said on the company’s third-quarter earnings call on Nov. 4.

CEO Tim Cook later said, on the same call, that “given the initial data points that we see on iPhone 12 and iPhone 12 Pro . . . I would tell you that we are confident that we will grow this quarter in China. And so we are very bullish on what’s going on there.”

The research firm Counterpoint Research had also determined, during launch week, that carriers were reporting high demand for the 2020 iPhone lineup, with 70 percent of early orders for the new iPhone models being taken online.