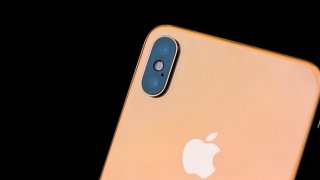 The new iPhone SE is finally here, marking Apple’s long-awaited return to the budget smartphone space. Much of the early coverage is focused on the iPhone SE’s market impact at a time when Android flagships, even the ones with a reputation for affordable pricing, are more expensive than ever. But the other, less explored, half of this story is how the SE stacks up against its own cousins in the current flagship iPhone line. In particular, what are you missing by opting for the SE over the much more expensive iPhone 11 Pro Max? Not as much as you may think.

The Pro Max retails at $1099, as compared with $399 for the iPhone SE; for a sense of perspective, that’s almost three iPhone SE’s for the price of one Pro Max. What are you getting for $700 more?  A larger and better screen, for one, but a size advantage isn’t necessarily a good thing for people who prefer smaller, lighter phones. There’s no denying, however, the Pro Max’s 6.5 inch OLED display offers richer colors and significantly better contrast levels than the 4.7 inch LCD display found on the SE.

The other major design difference is the SE’s use of a round home button with a built-in fingerprint scanner-- a perfectly serviceable way of unlocking your phone, but not quite as seamless as the excellent Face ID technology found on Apple’s recent flagship phones. Then again, there couldn’t be a better time for physical fingerprint scanners to make their return than in the age of face masks.

One hardware difference that’s clearly in the Pro Max’s favor is camera performance. The 2020 SE uses the same camera array as the one found on the 2017 iPhone 8, which isn’t to say that its 12-megapixel rear camera isn’t capable of taking decently rich and detailed outdoor photos. Low light performance has grown by leaps and bounds over the past several years, however, and the SE gets blown out of the water by the Pro Max’s triple camera setup particularly when it comes to indoors and night shots.

Perhaps the biggest surprise is the performance. You’d expect, quite reasonably, for the Pro Max to crush the SE in performance benchmarks, given the price difference between the two. As it turns, you’d be wrong; tests run using Geekbench and AnTu Tu, the two premier synthetic benchmarking tools, show the SE’s performance to be right up there with the iPhone 11, 11 Pro, and 11 Pro Max. This is because the SE uses the exact same A13 bionic chipset as the other, much more expensive iPhones in Apple’s flagship line, offering unbeatable performance for its price. While the performance is the same, battery life is not. The SE’s modest 1,821mAh battery is enough to get you through a full working day, but don’t expect anything close to the class-leading battery life of the Pro Max; in fact, the Max is one of a handful of flagship brand-name phones that can last for two full, worry-free days.

There is little doubt that the Pro Max is an all-around better phone, but that was never the issue at hand. The question, instead, is whether or not the better hardware of the Pro Max is worth $700 more. That’s a question only you can answer, and one that may very well come down to how highly you value the Pro Max’s much longer battery life, stronger camera performance, and better-looking display. Nevertheless, there is no denying that the iPhone SE is a serious budget contender that will make many people rethink how much they need to spend for a satisfying iPhone experience.