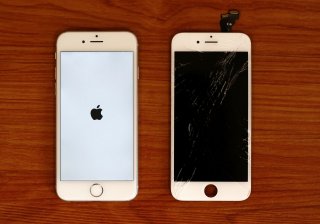 Nearly thirty-two million smartphones were sold in the U.S. in the second quarter of the year, which represented a 5% decrease over the same time last year, but was nevertheless an 11% increase over the first quarter, as the market showed signs of recovery from the worst depths of the coronavirus pandemic.

That’s according to research firm Canalys, which also noted that 70% of the smartphones shipped in the quarter were made in China, where factory operations resumed in the second quarter after shutting down in the first.

Apple led the U.S. market with a record fifteen million iPhones sold, for 47.1% of the overall market, while Samsung was second with 7.4 million sold and 23.2%. The two leaders combined for 70% of the market.

The average selling price of smartphones was $503, representing a 10% decrease over the second quarter the previous year.

Part of Apple’s strength, Canalys said, was that the company sold 15% more of the iPhone 11 than it did of last year’s iPhone XR, while Apple also offered the lower-cost iPhone SE, which was not available in the second quarter of 2019. Samsung, meanwhile, sold more of its lowest-cost models than it typically does, with the Galaxy S20 5G series shipping 59% less than the S10 models the year previously.

“As the coronavirus pandemic forced consumers to stay at home, 5G adoption in the U.S. failed to take off,” Analyst Vincent Thielke of Canalys said in the announcement.

“Store closures and virus fears limited interaction with demonstration models, tight consumer budgets further constrained spending power, and with scarce 5G network coverage in American suburbia, consumers saw plenty of reasons to buy a 4G device instead. Despite the lackluster 5G roll-out so far, strong carrier marketing in coming quarters will be instrumental in catalyzing a multi-year transition period from LTE to 5G.”

Canalys also said that with America-China tensions continuing, it has a chance to affect smartphone vendors other than Samsung and LG, both of which are South Korean. In addition, the Lifeline program that provides discounted phones has led to increasing orders for lower-end smartphone brands, who sell Android devices.

Meanwhile, Canalys’ survey of the worldwide market found that in the second quarter, Huawei became the world’s top smartphone brand.