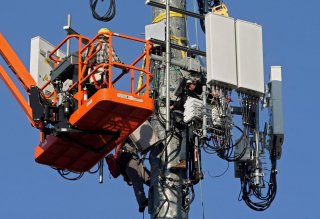 As 5G continues its rollout across the U.S., Comcast announced this week that it is offering new Xfinity Mobile data plans with 5G services included at no additional charge.

5G is not yet available everywhere, but Comcast lists 34 cities on its network as of now, including Atlanta, Boston, Chicago, Denver, Detroit, Houston, Memphis, Miami, Minneapolis-St. Paul, Spokane, and Washington, D.C.

“From day one, Xfinity Mobile has been proud to be the only provider to empower customers to design a mobile plan that fit their needs, as well as have the flexibility to seamlessly switch between unlimited or per gig to save money. We’re excited to now extend that benefit with 5G data plans,” Rui Costa, Senior Vice President, Innovation & Customer Value Propositions, Comcast Cable, said in the announcement.

As 5G continues its rollout, the U.S. government is warning against the sort of cell tower attacks that have taken place in other countries, in response to debunked conspiracy theories about 5G being dangerous, or having something to do with the spread of coronavirus. There is no basis for the assertion that 5G waves have anything to do with the disease.

Meanwhile, according to the Washington Post, the Department of Homeland Security plans to advise American telecom companies on how to safeguard themselves from the vandalism of cell towers. A telecom official also told the newspaper that such attacks have already taken place in the United States. Most of the attacks to date have happened in various European countries as well as in New Zealand, although reports last week stated that some attacks in Canada were believed to be part of the trend.

Homeland will provide “advice on ways to reduce the risk of attack, including installing appropriate sensing and barriers, cyber-intrusion detection systems, closed-circuit television and monitoring drone activity near towers,” the Post said.