In Just Three Years, Americans Have Double the Amount of Time They Stream Content 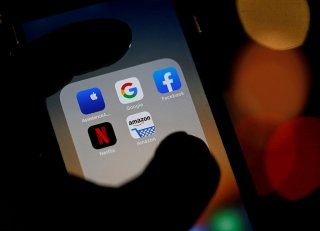 The average amount of time spent by the average consumer on streaming video has nearly doubled from 2017 to 2020, and has reached close to seven hours. Also, the adoption rate of pay-TV has dropped, in that three-year period from 75 percent to 62 percent.

That's according to Set-top Box Innovations and Trends, a new report issued this week by Parks Associates.

In addition, nearly three-quarters of broadband-equipped households in the U.S. subscribe to at least one streaming service, and nearly half subscribe to two or more.

Parks also found that the top three streaming services in the U.S. are Netflix, Amazon Prime Video and Hulu, while Disney+ and Apple TV+, both of which launched last November, have joined the top five. Parks also listed CBS All Access, Crackle, Fubo TV, BHO Not, Philo, Pluto TV, and Sling TV as "additional services of note."

"The set-top box does have a role in this market, but it will have to adapt," Dr. Kenneth Wacks, Contributing Analyst, Parks Associates, said as part of the release.

"For one, it can serve as the device to aggregate the variety of different services coming into the households and present them in a personalized and attractive UI for an improved consumer experience. They can also integrate other use cases and innovations, such as voice control and smart home controls, to expand the set-top's role in the home."

A separate Parks study, released at the end of June, found that eight percent of broadband households in the U.S. have sampled at least one streaming service since the start of the coronavirus pandemic. Of those, nearly 50 percent subscribed to Disney+, while 27 percent subscribed to Apple TV+.

Disney+, as of the company's most recent earnings report in April, had over 50 million subscribers, a number likely to increase by the time of the next report later this month. And this week, Verizon announced that it's offering a free year of both Disney+ and Hulu to new customers signing up for a Fios Gigabit connection.

“The industry is working on new hybrid content strategies as a result of production halts,” Steve Nason, Research Director, Parks Associates, said in the release.

“Major players like AT&T for Warner Brothers and Comcast for Universal Studios are greatly concerned about the delays in content production on the launches of new services, like HBO Max and Peacock. Free trials will bring in new subscribers at the launch, and roughly seven in ten have subscribed to at least one OTT service they have trialed. OTT services need to be creative in building an engaging service, but during this time of heavy video consumption, OTT services have the opportunity like never before to win over new video consumers and retain them as long-term subscribers.”

With cord-cutting accelerating, it seems a good bet that the percentage of broadband households who subscribe to cable will continue to shrink towards the 50 percent mark.