The Latest on Samsung’s TV Plans for 2022 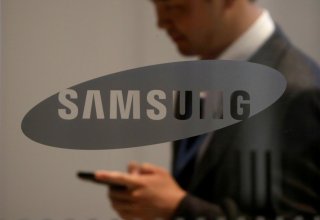 As the 2022 edition of CES approaches, many eyes are on what Samsung is planning to do with its high-end TV lineup. The company has been working on a new type of panel called QD-OLED, and recent reports have stated that mass production has begun for those panels, at Samsung Display’s facility in South Chungcheong Province.

Samsung had announced an investment of 13.1 trillion won (about $11 billion) in the new technology in 2019.

The lineup will consist of “8K MiniLED, 4K OLED and 4K MiniLED technologies,” with the “highest tier” consisting of the 8K MiniLED TV, which will continue to be known as “8K Neo QLED,” according to The Elec.

The lineup will also consist of 4K OLED TVs, using panels from both the new Samsung Display QD-OLED plant and from some OLED panels purchased from LG Display. The next lineup will be the 4K Neo QLED TVs.

The company is “aiming to sell 3 million units of 8K and 8K Neo QLED TVs,” according to the report.

The Elec had reported in early December that Samsung planned to purchase some OLED panels from LG Display, in order to supplement the new panels. Samsung had forcefully denied the implication that it would do so earlier this year.

The new report states that Samsung is “currently in talks with LG Display to procure two million units of W-OLED panels as part of its plan to meet these unit sales goals, sources said.” However, the report added that Samsung is only planning to purchase the LG OLED panels for its 2022 and 2023 lineups, with an eye towards using the Samsung Display QD-OLED panels only, beginning in 2024, once production has reached a level in which doing so is possible.

Last month, Display Supply Chain Consultants (DSCC) issued a report called the  Quarterly Advanced TV Shipment and Forecast Report, which found that the OLED category was gaining market share in the advanced TV market, which is defined as “any TV with an advanced display technology feature, including all OLED TVs, 8K LCD TVs and all LCD TVs with quantum dot technology.”

The report also laid out what it means for Samsung specifically.

“In North America, Samsung enjoys a dominant position on the strength of its large-screen product portfolio but has seen its share erode as competitors in both Advanced LCD and OLED TV grow share,” according to the DSCC report. “Samsung increased its share in North America shipments and held revenue share Q/Q but has lost share Y/Y in both measures. LG increased Advanced TV shipments to North America by 93% Y/Y to increase its unit share to 21%.”