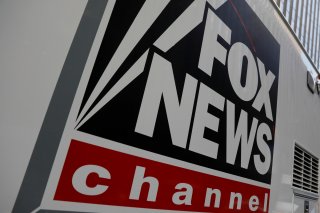 In the battle against misinformation, two members of Congress have taken a step that’s unprecedented—and sure to be very controversial.

Reps. Anna Eshoo (D-Calif.) and Jerry McNerney (D-Calif.) on Monday wrote letters to twelve of the largest cable, satellite and technology companies which, per a press release from the two of them, is “urging them to combat the spread of misinformation and requesting more information about their actions to address misinformation, disinformation, conspiracy theories, and lies spread through channels they host.”

The timing of the letter is timed ahead of the House Energy and Commerce Communications and Technology Subcommittee’s scheduled hearing on Wednesday, on the subject of “Fanning the Flames: Disinformation and Extremism in the Media.” Eshoo and McNerney are both members of that committee.

“We are concerned about the role AT&T plays in disseminating misinformation to millions of its U-verse, DirecTV, and AT&T TV subscribers, and we write to you today to request additional information about what actions AT&T is taking to address these issues,” the version of the letter sent to AT&T CEO John Stankey said. “Right-wing media outlets, like Newsmax, One America News Network (OANN), and Fox News all aired misinformation about the November 2020 elections,” the letter continued, referring specifically to conspiracy theories about both the election and the coronavirus pandemic.

The letter goes on to ask the companies seven questions, including what moral or ethical principles they uphold in “deciding which channels to carry or when to take adverse actions against a channel,” as well as whether they apply content guidelines, and what they did specifically to monitor disinformation in relation to the Jan. 6 attack on U.S. Capitol. The letter also asks for numbers on how many subscribers to each service watched Fox News, OANN and Newsmax in the four weeks between Election Day and Jan. 6. Finally, the companies are asked point-blank whether they plan to continue carrying those channels.

It doesn’t appear that any of the companies have yet responded to the letters, and none responded to a call for comment by the New York Times.

While the previous Congress was marked by multiple fights, including high-profile hearings, related to the actions of the tech companies, the hearing Wednesday indicates that the battlefield has extended to cable news. And while some tech companies are the recipients of the letters, it’s in their capacity as gatekeepers of traditional media, as opposed to their social media content moderation policies.

That Congress is making noises about which channels are carried by cable, satellite and vMVPD providers is something that’s likely to give a great many people pause, and also raise significant First Amendment questions, even among those who are normally the loudest critics of Fox News and other conservative-leaning media outlets.

The letters have already drawn an angry response from Brandon Carr, a Republican-appointed FCC commissioner.

“By writing letters to the cable providers and other regulated entities that carry these news media outlets, the Democrats are sending a message that is as clear as it is troubling—these regulated entities will pay a price if the targeted newsrooms do not conform to Democrats’ preferred political narratives,” Carr said in a Monday statement, as reported by Mediaite.

“This is a chilling transgression of the free speech rights that every media outlet in this country enjoys.”

However, it is also important to note that these are merely letters, written by two members of Congress. There is not, to the best of anyone’s knowledge, any legislation in the works that would lead to those channels being pulled from the airwaves, and any such legislation would not only have a very difficult time passing Congress but would very likely be considered blatantly unconstitutional. The Biden administration has not given any indication that it wants to force the banishment of Fox News.

And even if not forced by the government, it would likely be a catastrophic business decision for, say, Comcast to suddenly declare that it would no longer carry the Fox News Channel. It’s the kind of thing that would likely cause the company to lose even more subscribers than it already has.

Furthermore, there are already tactics that have been put in play to stem the tide of misinformation on cable news, which don’t require intervention by Congress. For one thing, Dominion Voting Systems, the voting machine firm that was the topic of widely-spread but false conspiracy theories about their work in the 2020 election, has filed multiple billion-dollar lawsuits, including against Fox News and multiple hosts on that network, alleging defamation. Before the suits were filed, both Fox News and Newsmax broadcast segments that backed off significantly from what had been alleged on their network previously.

Multiple Fox News hosts have also been the topic of advertiser boycott efforts in recent years, including Tucker Carlson and Laura Ingraham.

There was an FCC policy in place, from 1949 until the 1980s, that was known as the Fairness Doctrine, which required broadcasters to present both sides of controversial issues. That policy was eliminated by the Reagan Administration in 1987, and as many remembrances pointed out following the recent passing of Rush Limbaugh, the Doctrine’s demise helped drive the rise of conservative talk radio.

Some activists and even legislators have called over the years for the Fairness Doctrine to be reinstated, but the Doctrine in its original form only applied to those who broadcast over the public airwaves, whether on television or radio and therefore not to cable news.

Eshoo, the co-author of the letter this week, said in 2008 that she supported the return of the Fairness Doctrine, in a way that would apply to cable and satellite services. However, none of the Democratic presidential administrations since the Doctrine’s demise have made any major effort to restore it.