LG’s GX OLED TV Called One of the Best Available 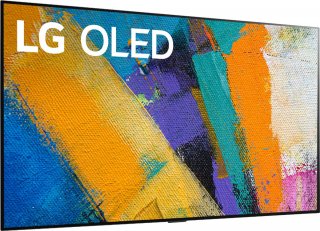 LG’s 2020 OLED TVs have been well-received, especially by the website RTINGS. For much of this year, LG OLED models have dominated the top of the site’s overall rankings of TVs, with two models from 2019, the E9 OLED and C9 OLED, taking the top two spots, and the LG CX and BX OLED, both from this year, not far behind.

Now, RTINGS has published their full review of another 2020 LG TV, the LG GX OLED line. With a score of 8.8, the GX line is ranked third overall, behind only the E9 and C9 models from last year, both of which are also scored at 8.8. The GX, however, is now the site’s top-ranking TV among 2020 models, ahead of the CX, BX, and Sony’s A8H.

“The LG GX OLED is an amazing all-around TV. It’s an ideal choice for watching movies in a dark room because of its nearly infinite contrast ratio and perfect black uniformity,” the review said. “It also has wide viewing angles if you want to watch the big game in a wide seating arrangement.”

The listed pros for the model include what the site calls a “nearly infinite contrast ratio,” wide-viewing angles, “near-instant response time” and VRR support. The cons include the “Aggressive Automatic Brightness Limiter” and, as is often the case with OLED TVs, the risk of burn-in.

For watching movies, RTINGS gave the TV an uncommonly high score of 9.4, while for video games, it was ranked 9.1, which is especially important ahead of the arrival of this year’s new gaming consoles.

Other sites have also given the LG GX Series very positive reviews.

Techradar, in a review published in July, described the Series as “a feat of engineering and a home cinema lover’s dream. If you have the money for an installer to properly hide the cables and a home theater to put it in, it’s an immaculately beautiful TV both inside and out.” It had positive things to say about the “beautiful picture quality,” “awesome upscaling, and the ATSC 3.0 tuner, while negative points included that it’s “not as bright as LED-LCD TVs,” and also that the audio performance was “imbalanced.”

L&B Tech Reviews wrote, also in July, that “the LG OLED GX delivers superb image quality across the board, with excellent sharpness, contrast and colour reproduction. And it shines like a jewel on the wall.”