LG's Velvet 5G Smartphone, With an OLED Screen, Has Arrived 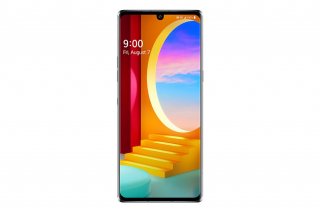 The LG Velvet 5G arrives in the U.S. market Wednesday, and is available for online orders for AT&T customers. It will arrive later this summer on T-Mobile and Verizon. The Velvet 5G, the company said, will run on both 5G Ultra Wideband network and 5G low-band network, which arrives later this year.

Pricing starts at $599, while the phone will be available in such colors as Aurora Gray, Aurora Silver, Aurora Red and Pink White.

LG also announced that singer and “content king” Jason Derulo has been lined up as an endorser of the product, with more endorsements to come later. Derulo has made a video, in which he compares the phone to his own wardrobe and praises the Velvet screen’s “Derulo-approved curves.”

“With LG Velvet 5G, we set out to create a smartphone with unique personality and design language that would speak to consumers, while also evolving the LG Mobile brand,” Chris Yie, head of LG Mobile, North America, said in a statement. “We believe we have achieved these goals with LG VELVET 5G, designing a beautiful, powerful and premium smartphone at a price point that delivers exceptional value.”

The Velvet 5G smartphone sports a curved 6.8-inch OLED Cinematic FullVision display and 20.5:9 aspect ratio. It also features a 48MP main camera and is powered by the Snapdragon 765G processor.

Another survey of the first quarter, by Strategy Analytics of 5G smartphone in America, found that Samsung dominates the nascent domestic 5G smartphone market, with the top three models all coming from that company and LG part of the “other” category. Just over 10% of the overall smartphone market consists of 5G models, although that number is expected to grow, especially once Apple unveils its first 5G smartphones.