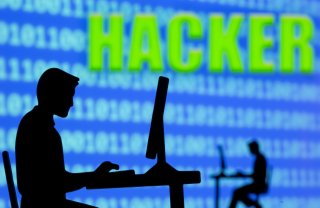 Financial scams have surged considerably amid the ongoing coronavirus pandemic.

In many instances, these criminals are seeking opportunities to get their hands on retirees’ hard-earned cash. In fact, the AARP recently warned that fraudsters are trying to “get their paws on your Social Security number, which they can combine with other personal details they’ve obtained about you to open credit accounts, collect unemployment insurance, circumvent your benefits, commit crimes and unleash a whole lot of misery in your name.”

One Florida woman “reported she was almost scammed on the phone by someone claiming her information was being used to open bank accounts, and that she needed to download a specific app to allow them access to her phone in order to help,” according to the personal finance site GOBankingRates.

The criminals then “asked her to move all the money from her bank account into Bitcoin,” according to the finance site. “Bitcoin and other cryptocurrencies are notoriously used for crimes, as their owners and movements are difficult to trace. Fortunately, although the woman actually went through with it, just before she clicked ‘send,’ a fraud alert popped up warning her of the danger.”

Law enforcement officials recently told CNBC that tracking and eventually arresting these criminals using cryptocurrencies has proven to be difficult.

“Cryptocurrency’s decentralized nature creates challenges that makes it difficult to recover. Once a victim makes the payment, the recipient instantly owns the cryptocurrency, and often immediately transfers the funds into an account overseas,” the FBI claimed.

“This differs from traditional bank transfers or wires where a payment transaction can remain pending for one to two days before settlement,” according to the FBI. “It can also make law enforcement’s recovery of the funds difficult and can leave many victims with a financial loss.”

Such scams have become so common that the Federal Trade Commission has issued a statement. “This is happening in your community,” said Monica Vaca, Associate Director of the FTC’s Division of Consumer Response and Operation, per ABC News.

The expert on GOBankingRates noted that “Social Security scammers attempt to fraud unassuming seniors by calling them and creating a sense of urgency surrounding ‘bills that need to be paid’ or money owed in general—that in reality does not exist.”