Maybe Cable TV and Satellite Aren't Dying a Quick Death After All? 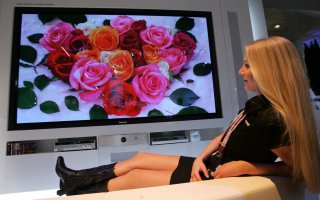 The quarterly numbers from Leichtman Research Group, Inc. that measure how much cord-cutting has taken place are out, and they show that the nation’s top pay-TV providers lost 120,000 net video subscribers in the third quarter. It’s a large number, but much smaller than the figures during the first half of 2020, and even in the era prior to the pandemic, which indicates that the massive cord-cutting has begun to slow.

The firm had placed the losses at 2 million in the first quarter of the year, and at 1.57 million in the second quarter. The figures are based on earnings releases from the companies and cover companies that account for about 95 percent of the pay-TV universe in the U.S.

“With the return of live sports in 3Q 2020, Internet-delivered vMVPDs had more net additions than in any previous quarter, and pay-TV overall had fewer net losses than in any quarter since 1Q 2018,” said Bruce Leichtman, president and principal analyst for Leichtman Research Group, Inc., said in the release.

On the vMVPD side, Hulu + Live TV, Sling TV and Fubo TV all gained subscribers, while AT&T TV Now lost 37,000 (YouTube TV is not included in the numbers, as Google does not release precise quarterly figures.) Overall, the vMVPD sector gained over a million subscribers in the third quarter, despite several of the firms raising prices, although the news of Hulu+ Live TV’s price hike didn’t come until this week, long after the third quarter was over.

“It is more important than ever before to recognize vMVPDs as a key segment of the live pay-TV industry.  Hulu + Live TV is now the fifth largest pay-TV service in the U.S., and YouTube TV (which is not part of LRG’s tracking data because it does not formally report quarterly results) now has over three million subscribers, including one million net additions thus far in 2020,” Leitchman added.