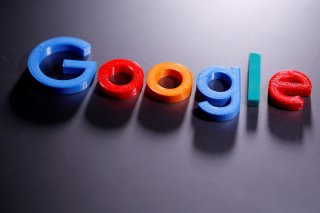 Google, at present, is not really a major player in the subscription video on demand (SVOD) market.

Sure, the company has attempted at various times to turn YouTube into such a service, first as YouTube Red and later as YouTube Premium, but the company has gotten away from original programming, with YouTube Premium now mostly a way for YouTube users to pay a little bit each month for ad-free viewing. The highest-profile original show on YouTube, “Cobra Kai,” is moving to Netflix this month.

However, Google does offer the vMVPD YouTube TV, and according to a new report, the company is readying another new streaming product, which will aggregate other streaming services.

According to the website Chrome Story, “Google is working on a new project to help you watch all your streaming video services in one place… They call it Chrome Kaleidoscope, at least for now.” Chrome Story discovered what appears to be an in-progress version of the product, in the Canary version of the Google Chrome browser. That site listed Netflix, Amazon Prime Video and Disney+ as included, with the slogan “All your shows in one place.”

A separate report, by 9to5Google, found that the feature “could offer Discover-like recommendations of what to watch next from selecting streaming providers.”

It’s not clear when we might see this product officially, whether it will actually be called Kaleidoscope, and what type of buy-in is required from the other streaming services. The 9to5Google report added that “this feature could eventually integrate purchases and rentals, which points towards integration with either YouTube or Google Play Movies.”

Back in early August, Google suffered what was described as a worldwide glitch in its search results, which caused developers and others to panic that some algorithm change had taken place without their advance knowledge. The glitch was corrected within the day, although another glitch was reported by developers the following weekend.

Also in June, Google launched a new product called Google Keen, which has been compared to the established social network Pinterest. Google’s CJ Adams, described as the founder of Keen, described the new product in a blog post as “a web and Android app [on which] you say what you want to spend more time on, and then curate content from the web and people you trust to help make that happen… You make a ‘keen,’ which can be about any topic, whether it’s baking delicious bread at home, getting into birding or researching typography. Keen lets you curate the content you love, share your collection with others and find new content based on what you have saved.”