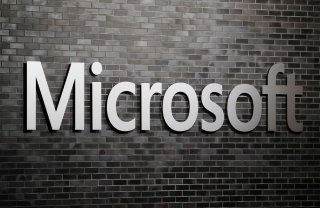 Microsoft has announced that its political action committee won’t financially contribute to upcoming campaigns for members of U.S. Congress who voted against confirming the Electoral College results of the presidential election.

The tech giant also revealed that it will change the name of its committee after employees spoke out against several of the company’s political contributions. The Microsoft Political Action Committee will now become the Microsoft Corporation Stakeholders Voluntary PAC, or MSVPAC.

“We believe these steps are appropriate given the importance of these issues for the stability and future of American democracy. They were also broadly supported in the listening sessions and other employee feedback. We do realize that these steps, while significant, will be too much or too little for some employees. There were several other good ideas that arose from our recent meetings, and we will continue to consider other ways we can strengthen the MSVPAC,” Fred Humphries, corporate vice president of U.S. government affairs, wrote in a Microsoft blog post.

“Today’s announcement builds on the steps we took in 2019 to add increased transparency through monthly reporting on donations, the creation of an Employee Advisory Council, and criteria on diversity and inclusion. We will continue to listen, learn, and evolve.”

The changes at Microsoft come after an employee published a plea for the company to stop financially assisting politicians who voted against the Electoral College results. Those votes came after thousands stormed the U.S. Capitol in early January.

Other large technology companies have also changed their behavior in response to the U.S. Capitol insurrection and the attempt to overturn the presidential election.

For example, Facebook CEO Mark Zuckerberg recently announced that his company will no longer recommend civic and political groups to its billions of users worldwide.

“This is a continuation of work we’ve been doing for a while to turn down the temperature and discourage divisive conversations,” Zuckerberg said in a call with analysts after announcing the company’s fourth-quarter earnings.

He added that the social-media giant will also consider necessary steps to curb the overall amount of politics-related content that users see in their News Feed.

“One of the top pieces of feedback that we’re hearing from our community right now is that people don’t want politics and fighting to take over their experience on our services,” Zuckerberg said.

In a recent speech at a data privacy conference in Brussels, Apple CEO Tim Cook linked Facebook’s business model, which has long tapped into data to serve targeted ads, with real-world violence and public distrust in coronavirus vaccines.

“If a business is built on misleading users, on data exploitation, on choices that are no choices at all, it does not deserve our praise. It deserves scorn,” he said.

In another related example, Google in 2018 announced that it wouldn’t renew a cloud contract with the U.S. Defense Department after thousands of employees signed a petition for the company to end its involvement.