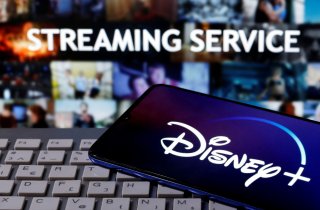 A new survey released Thursday by What If Media Group found that other than Netflix and Amazon Prime, most streaming services currently have market penetration between 12 and 20 percent.

YouTube TV, as opposed to the others, is a vMVPD and not a subscription video on-demand service, and it’s unclear if those surveyed are all subscribers to that, or merely users of YouTube’s main product. It’s also unclear if “HBO” refers to HBO Max, or all services offered by HBO.

“For today’s value-focused consumers, the discounted bundled offering from Disney+ not only fits the ideal pricing model identified by our survey data but seems to be specifically designed to gain share in a landscape where some of the more established players are seen as a given,” Jordan Cohen, Chief Marketing Officer of What If Media Group, said in the release.

What If Media has also found that more than three-quarters of survey respondents say they “have a maximum ceiling of just $10 for a single streaming service,” while around the same amount of people see the ceiling of what they’re willing to pay for all streaming subscriptions put together at about $30.

“With the market for these services becoming an every-more-intense battlefield, it’s clear that providers need to be smart and aggressive to gain market share,” Cohen added. “The ability to effectively compete obviously starts with a clear sense of consumer preferences around content and pricing, but goes far beyond simply assessing price sensitivity on a single offering. Knowing when to try to convince a consumer to switch services versus adding an additional one, for example, can lead to vastly different outputs from marketing—and vastly different results.”

More new numbers about streaming this week found that Disney+’s WandaVision has emerged as the most in-demand TV show in the world. According to Parrot Analytics’ methodology, the Marvel show is 111.2 times "more in-demand globally than the average TV show worldwide.”