Move Over Broadcast: Streaming Has Taken Over Americans TVs 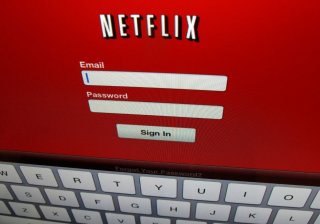 Streaming has been growing over the last several years, and a new report from Nielsen shows just how much it’s grown.

According to a new measurement called The Gauge, recently launched by Nielsen, streaming has overtaken broadcast TV in terms of streaming usage, although both remain behind cable. Streaming made up a much higher number, in terms of overall usage, as recently as a year ago, the study found.

Of that usage, per The Gauge, cable had the most, with thirty-nine percent, followed by streaming with twenty-six percent and broadcast with twenty-five percent, with “other” taking nine percent. “Other” is defined by Nielsen as “AOT (ALL Other Tuning), VOD, Streaming through a cable set-top box, Gaming, and other device (DVD Playback) use.”

Of the streaming category, Netflix and YouTube led with six percent each, followed by Hulu (three percent), Amazon Prime (two percent) and Disney+ (one percent), although the “other streaming” category made up eight percent.

Per The Hollywood Reporter, streaming made up less than a fifth of total TV usage in the spring of 2020, indicating that consumption patterns changed significantly during the pandemic lockdown period.

“The past year has categorically shifted the television viewing landscape. Even as people begin to dive back into their pre-pandemic activities, based on the changes many made to enable streaming coupled with the variety of newly introduced services, we expect people to keep sampling and exploring their options.  Maybe just as importantly, as production ramps back up, new content will enter the space, driving additional traction,”   Brian Fuhrer, SVP, Product Strategy at Nielsen, said in the release of the numbers.

Fuhrer had delivered a briefing at CES back in January in which he pointed out, among other observations, that “2020 was as tumultuous in streaming as it was everywhere else.

A New York Times analysis of the data indicated something big: That Netflix is endorsing the Nielsen method of the Gauge.

“They’re in a good place to referee or score-keep how streaming is changing the U.S. television landscape,” Reed Hastings, the co-CEO of Netflix, told the Times. However, Hastings said that Netflix does not endorse the weekly streaming ratings that Nielsen has been putting out.

“We don’t sell advertising, so it’s not very relevant,”  Hastings told the Times.

In the most recent rankings of original streaming shows, released by Nielsen for the week of May 17-23, Hulu’s The Handmaid’s Tale ranked first, with the next five shows- Who Killed Sara, Jupiter’s Legacy, Jurassic World Camp Cretaceous, The Upshaws and Lucifer, all coming from Netflix.

On the acquired side, all ten spots are taken up by shows that are available on Netflix. And Netflix also had the top three streaming movies, with Army of the Dead, The Woman in the Window, and The Mitchells vs. The Machines.