NASA Says Planets With Oceans Common in Our Galaxy 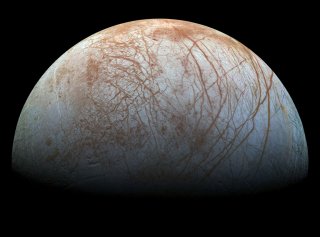 Saturn’s moon Enceladus and Jupiter’s moon Europa are perfect examples of ocean worlds in our own solar system that could possibly harbor alien life.

But that could be only the tip of the iceberg. According to a study published this week in Publications of the Astronomical Society of the Pacific, revised estimates now suggest that there are even more ocean worlds in our galaxy than previously known.

“Plumes of water erupt from Europa and Enceladus, so we can tell that these bodies have subsurface oceans beneath their ice shells, and they have energy that drives the plumes, which are two requirements for life as we know it,” Lynnae Quick, a NASA planetary scientist who specializes in volcanism and ocean worlds, said in a release.

“So, if we’re thinking about these places as being possibly habitable, maybe bigger versions of them in other planetary systems are habitable, too.”

Utilizing mathematical analysis of several dozen exoplanets, including those in the relatively nearby TRAPPIST-1 system, Quick and her colleagues discovered that more than 25% of the exoplanets they studied could be ocean worlds. And many of them could possibly have liquid water beneath layers of surface ice—similar to what we see with Europa and Enceladus.

These mathematical models will surely be tapped into to help scientists narrow the list of promising exoplanets to further investigate. Perhaps in the near future, NASA’s James Webb Space Telescope or other space missions will make available even more exciting data.

“Future missions to look for signs of life beyond the solar system are focused on planets like ours that have a global biosphere that’s so abundant it’s changing the chemistry of the whole atmosphere,” Aki Roberge, a NASA Goddard astrophysicist who collaborated with Quick on the study, said in a release.

“But in the solar system, icy moons with oceans, which are far from the heat of the sun, still have shown that they have the features we think are required for life.”

Within the next decade, NASA’s Europa Clipper is set to explore Europa and will hopefully provide new insights regarding the environment beneath its icy surface. The more scientists can learn about Europa and other nearby icy moons, the better they’ll be able to understand similar worlds around other stars all across the galaxy.

“Forthcoming missions will give us a chance to see whether ocean moons in our solar system could support life,” said Quick, who is a science team member on both the Clipper mission and the Dragonfly mission to Saturn’s largest moon Titan.

“If we find chemical signatures of life, we can try to look for similar signs at interstellar distances.”