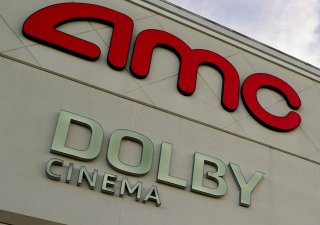 A report in early May stated that Amazon was in talks to purchase AMC Theaters, in a deal that put the e-commerce giant in control of a traditional brick-and-mortar business.

The deal hasn’t materialized in the two months since, as AMC—which was known to be in financial distress even prior to the coronavirus pandemic—has since engaged in a variety of financial machinations in order to avoid bankruptcy. Following going concern in June, AMC, as of Wednesday, was “nearing a restructuring deal that would help stave off a near-term bankruptcy filing,” Fox Business reported.

So is the idea of Amazon buying movie theaters dead? Not necessarily. In fact, Bank of America this week made the case that both Amazon and Netflix should get into the movie exhibition game.

Per Seeking Alpha, Bank of America has pitched the two companies on making just such an acquisition.

“First, both Netflix and Amazon are reaching scale in movie output. We estimate that Netflix put out ~60 English language movies in 2019 vs. 131 wide releases by the Major 6 (87) and other studios (44). Many of these, like The Irishman or Extraction are big-budget films that would typically be seen as box office blockbusters,” the Bank of America note said.

“Second, movie theater chains are distressed due to COVID-19 and social distancing. Finally, competition in maturing markets like the U.S. is rising, with most major media houses we cover set to offer a subscription service by the end of 2020. Bundling movie theater access with a membership could serve as a differentiator.”

BofA, however, speculated that existing Hollywood studios, such as Disney, would likely object to Amazon or Netflix—both of whom are in the movie production business—getting into movie theater exhibition.

Netflix has, in fact, gotten into the movie exhibition business in a limited manner. The company bought the single-screen New York movie house the Paris Theater in 2019 and has used it to host movie premieres and also exhibit its own films. Earlier this year, Netflix purchased the Egyptian Theatre in Hollywood, but due to the pandemic has not yet used it for any screenings.

Much of the speculation about Amazon purchasing AMC has centered on the company applying some type of Amazon Prime-like subscription scheme to buying movie tickets, or possibly including discounted ticket purchases as part of Prime itself.