Netflix Could Spend $200 Million on Most Expensive Movie Ever 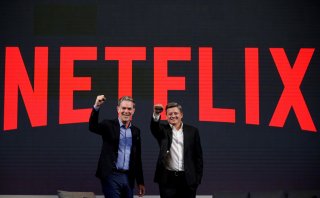 Netflix, over time, has been devoting more and more of its energies to original content, including high-budget movies. One of those, “Extraction,” is the most-watched original movie in the history of the service, Netflix announced earlier this week.

Now, Netflix has committed its highest budget ever to an original, and it’s with another of the movie stars named Chris.

Deadline reported Friday that Netflix has made a deal for The Grey Man, an espionage thriller starring Chris Evans and Ryan Gosling, and directed by Joe and Anthony Russo, who directed Avengers: Endgame, the second highest-grossing movie of all time. The Grey Man is the Russo brothers’ first film as directors since the 2019 Avengers movies, and it will reunite them with Evans, who played Captain America in the Marvel Cinematic Universe franchise.

The new film is based on the 2009 Mark Greaney novel, and is seen by Netflix as an opportunity to “create a new franchise with a James Bond-level of scale and a budget upwards of $200 million.” Filming is expected to begin next January in Los Angeles, with some international locations also planned.

The film’s plot is described by Deadline as “a deadly duel between killers as Gentry (Gosling) is hunted across the globe by Lloyd Hansen (Evans), a former cohort of Gentry’s at the CIA.”  Anthony Russo told the site that the movie will be reminiscent of Captain America: The Winter Soldier, which was also directed by the Russos.

The announcement comes the day after Netflix announced earnings for the second quarter, which were short of expectations even as the company added more than ten million subscribers in the quarter, as coronavirus continued to wreak havoc and continue to keep people at home.

Netflix reported revenue of $6.15 billion in the quarter, and a profit of $720 million, although investors were expecting more, and the company also said it was expecting less growth in the second half of the year. At the same time, the company announced that it was elevating Ted Sarandos, its longtime Chief Content Officer, to co-CEO, and was adding him to the board. Sarandos will retain his position as the company’s head of content.