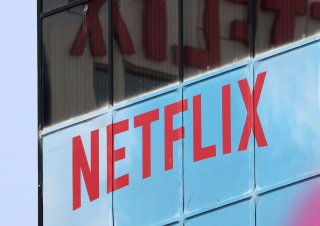 But during the coronavirus pandemic, with TV viewership switching more and more to streaming services, and movies migrating to those services and video-on-demand channels, there hasn’t really been any neutral measure of exactly how many people are watching each show.

Nielsen has now begun releasing a new weekly measure of streaming TV viewership. However, that measure, at least for now, only includes shows from Netflix and Amazon Prime Video. According to The Hollywood Reporter, other streaming services will be added to the ratings later.

That publication reported on the initial ratings, for the week of August 3-9, and the top ten was taken up entirely by Netflix shows. The ratings also measured by the metric of “minutes viewed,” rather than ranking whether viewers watched any part of any episode, which is the method that Netflix is thought to prefer.

Nielsen found that “The Umbrella Academy,” the Netflix superhero show that debuted its second season at the end of July, with just over 3 billion minutes viewed, which was more than double the second highest-ranking show. Most of the rest of the top ten list were taken up with legacy shows that that aren’t Netflix originals.

“Shameless,” a Showtime show that streams on Netflix, was second with 1.13 billion, followed by “Grey’s Anatomy,” “The Office,” “Criminal Minds,” “NCIS,” “In the Dark,” “Dexter,” “Supernatural” and “Parks and Recreation.”

In addition to being popular shows, most of those series have several years of episodes, including ten seasons of “Shameless,” sixteen seasons of “Grey’s Anatomy,” nine of “The Office” and twelve of “Criminal Minds.” The volume of those likely contributed to the shows’ strong performance in the “minutes-viewed” metric. Most original Netflix shows, by contrast, don’t have large numbers of seasons, and even the seasons themselves are usually shorter than those of network shows.

Why no Amazon Prime shows on the list? It would appear not enough people are watching whole seasons of legacy shows on that service for any of them to appear in the top ten, while Amazon has not debuted any major new high-profile shows in the recent past. A new “Marvelous Mrs. Maisel” season might have had a chance, but none has arrived since 2019.

The current list is certain to change, however, in a few months, when “The Office” leaves Netflix in January 2021 in order to move to its new home on Peacock. “Parks and Recreation” is also set to depart Netflix this October and in fact, it’s already available on Peacock.