Netflix Puts Out Report on What Was Popular in 2020 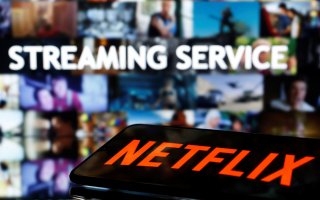 Netflix, by any measure, had a huge year in 2020. The streaming service added millions of subscribers, as Americans were stuck at home for large portions of the year, and it also notched a large number of culture-grabbing hits, from Tiger King to The Queen’s Gambit.

For most of its history, we’ve had an incomplete picture of what the most most-watched shows are on Netflix, mostly based on what the company itself has said about what’s popular. But this year, there’s been a bit more transparency. Netflix now offers a Top Ten list on its homepage and has been participating in weekly ratings releases from Nielsen of the most popular streaming shows, which Netflix dominates much of the time.

And now, Netflix has released an annual report called What We Watched 2020, laying out exactly what was most popular in this most unique of years.

“It’s been a tough year, to say the least. And What We Watched 2020—this year’s US viewing trends on Netflix—reflects those high and lows,” the company said in the report. “Documentaries, reality TV, romance and stories from outside the US saw some of the biggest gains as people sought love, escape and connection through the pandemic.”

Netflix noticed that stand-up comedy specials and funny movies and shows were especially popular at two times of the year, both of which were particularly stressful: The start of the lockdowns in March, and the run-up to the presidential election in October. Sad movies, meanwhile, also showed up high in search results in April. Netflix also found that films about race and racial justice, including “13th,” “Dear White People,” and Dave Chappelle’s 8:46 stand-up special, gained large viewership in the summer, following the killing of George Floyd.

The company said viewing that foreign-language content jumped 50 percent over 2019, while viewers spent twice as much time watching documentary and reality shows than in the previous year. The most popular docs, in addition to the story of Joe Exotic and friends, included The Social Dilemma, Killer Inside: The Mind of Aaron Hernandez, and American Murder: The Family Next Door.

Romance was also a popular category in 2020, with sequels to The Kissing Booth, To All the Boys I’ve Loved Before and Princess Switch emerging as hits, while the reality show Love Is Blind was also a big hit.