Netflix Is the Streaming King, But Other Services Catching Up: Report 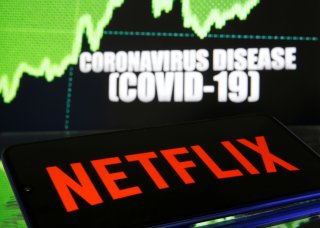 Netflix, throughout the coronavirus pandemic, has been adding subscribers and users. So far, it has kept its position as the most-watched streaming service.

However, according to new numbers released this week by Reelgood, Netflix has ceded some of its dominance to other services, while remaining number one.

According to the site’s estimate, based on the streaming activity of its 2 million U.S. users, Netflix led with 32 percent of “SVOD streaming share” in the second quarter, followed by Amazon Prime Video with 20 percent, Hulu with 19 percent, Disney+ with 6 percent and HBO Max with 3 percent.

In the third quarter, Netflix kept the lead, but its share had been reduced to 25 percent, followed by Amazon with 21 percent, Hulu with 15 percent, with HBO Max jumping to 9 percent and Disney+ holding steady at 6 percent.

Other services, such as Apple TV+, CBS All Access, and Peacock, are not mentioned in the data. HBO Max launched in late May, which was near the end of the second quarter, which may account for its big growth from the second quarter to the third.

Reelgood’s data represents its own users and does not presume to state the overall audiences of the streaming services.

“Netflix continues to dominate, although its share of streams has dropped by 22% compared to Q2,” Reelgood said in its release of the numbers. “Prime Video remains in second place with 21% share of streams, and Hulu still sits on the third spot with 15%. Rounding out the list, HBO Max has managed to outpace Disney+ this quarter with 50% more initiated streams via Reelgood.”

Reelgood also found that SVOD (subscription video on demand, i.e., subscription streaming services like Netflix) took up 52.3 percent of the video streaming in the second quarter, with AVoD (free, ad-supported on-demand, like Pluto TV) taking up 25 percent, TV Everywhere 11.7 percent, and TVoD (TV on demand, usually in the form of movie rentals, 10.9 percent.

“The increase in TVoD streaming in Q3 makes sense in light of several high-profile releases such as Bill & Ted Face The Music, Mulan, Ava, and Antebellum—all of which consumers were more than happy to spend their money on, based on how each one has topped various VoD charts at one point or another,” Reelgood said.

Statistics about streaming audiences have a tendency to come from third parties, and not any central authority. However, The Nielsen Company has been releasing weekly ratings of the audiences of streaming services, which to date have been dominated by Netflix shows.