The New Drone DJI Mavic Air 2: What You Need To Know. 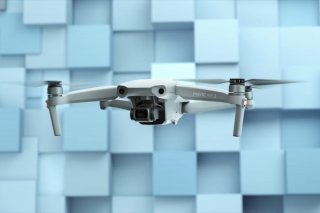 Drone company DJI has announced its latest drone for the consumer market, the Mavic Air 2 drone. The Chinese company touts the product as offering "high-grade imaging, intuitive yet advanced flight performance and revolutionary smart and safe technology in the best all-around drone we’ve ever made."

The Mavic Air 2 is the follow-up to the drone released by the company in 2018. It features a 4K camera, and can fly both longer and at greater distances from its predecessor. Controlled with an app, the drone also uses the company's OccuSync transmission technology.

The reviews are in for the new drone, and they're mostly positive.

Drone DJ praised the cameras, ease of assembly and other features, before noting that while testing the drone he had crashed it into his son's, which might have been avoided, the reviewer said, if the drone had an upward-facing sensor.

"If you are at all thinking about a drone in the $500-$1500 range, I have to believe the Mavic Air 2 is the one to get right now," the site says. "Its camera, with the 4K60 capability and 48MP sensor, is way better than any other drone in this price range."

Tom's Guide also praised the Mavic Air 2, recommending that its readers "Get the DJI Mavic Air 2 if you want a drone that can take 4K video for less than $1,000." The site praised the drone's battery life and "Fast, nimble flier," although it criticized its "drab design," compared with the earlier version.

CNET says the Mavic Air 2 "might be DJI's best consumer drone yet." While the reviewer only was able to do a handful of flights, he called it "an impressive drone that flies smoothly and has an incredible feature set. And once restrictions are relaxed, this will likely be DJI's best consumer travel companion."

The DJI Mavic Air 2 launches in China Tuesday, while the company is taking preorders elsewhere; its expected ship time for U.S. orders is mid-May, while several of the review sites listed May 11 as the specific ship date. It's available in two configurations: A $799 package that includes the drone itself, one battery, remote controller and all the required wires and cables, while a $988 edition includes all of that plus a shoulder bag, ND filters, charging hub, and three batteries.