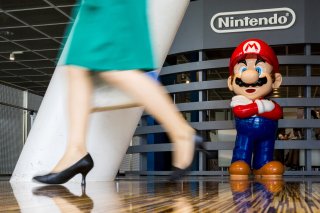 Back in the 1980s, Nintendo released and marketed a product called Game & Watch, which was a handheld electronic game format on which users could play a single game. Nintendo had some success with the Game & Watch format prior to the arrival of the Nintendo Entertainment System (NES), which debuted in the United States in 1985.

Now, in order to celebrate the thirty-fifth anniversary of the Mario character, Nintendo is reviving the Game & Watch, with a new edition featuring the original “Super Marios Brothers” game, as well as “The Lost Levels,” the version of “Super Mario Brothers 2” that was released only in Japan.

Nintendo announced the new product, and others, in a Nintendo Direct event Thursday.

“We look forward to everyone joining us on a Mario journey thirty-five years in the making,” said Nintendo of America President Doug Bowser. “We are marking this significant milestone with a wide variety of games and experiences that all generations of Mario fans, from here to the Mushroom Kingdom, can enjoy together.”

Doug Bowser, of course, happens to have a name that’s the same of that of the Mario universe’s longtime antagonist, a fire-breathing dragon bent on preventing Mario from saving the princess.

When Doug Bowser, a former EA executive, was hired in 2015 as Nintendo of America’s vice president of sales, the company announced in its release that “Nintendo of America has hired a new Vice President to lead the United States sales organization with a name that’s well-known in the Mushroom Kingdom . . . Effective today, Doug Bowser (no relation to the King Koopa and Mario’s longtime nemesis) will oversee a variety of sales-related functions.” When Bowser took over the top spot at Nintendo of America last year, the company did not make any humorous references to his surname.

According to Nintendo, the original Game & Watch sold more than forty-three million units worldwide, after it was introduced in 1980. It had the Game & Watch name because it was small enough that it could actually be used as a watch, although later editions—including the new one—were used as clocks as well.

Nintendo, while it is not releasing a major new console this year along with those of Sony and Microsoft, posted huge profits in the second quarter.

The new Game & Watch will arrive in November, at a suggested retail price of $49.99.