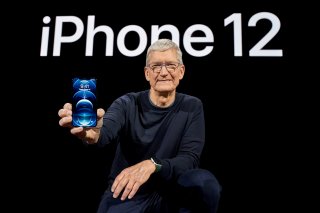 Last spring, for the first time in four years, Apple released an iPhone SE. The smartphone, touted as Apple’s most affordable iPhone, featured a 4.7-inch display and came with an affordable price that started at $399. The phone featured the chips and functionality of newer models but resembled older iPhones in other ways, including the return of the home button, which had been much missed by some. The iPhone SE was also unveiled in the spring, while the flagship iPhone models usually are introduced in the fall.

That iPhone SE arrived to positive reviews this spring, with reviewers praising the phone’s strong value, as well as its battery life, smaller screen and is ideal for those using older iPhones who had been meaning to upgrade but didn’t want to pay the more than $1,000 price tag for some of the older iPhone models.

And the initial release was reportedly successful.

“The device has been successful and selling above expectations in both postpaid and prepaid channels,” Jeff Fieldhack of Counterpoint Research said of the iPhone SE at midyear, adding that it didn’t appear the SE was cannibalizing sales of the more expensive iPhones in any serious way.

The original iPhone SE had arrived in 2016, but years would pass before the next new one. Now, it appears there won’t be a new iPhone SE on the first anniversary of the 2020 one, at least according to a top analyst.

Ming-Chi Kuo of TF International Securities, in a note published this week and reported on by the tech press, including MyFixItGuide, stated that it’s unlikely that Apple will be bringing out a new iPhone SE in the first half of 2021.

Some analysts, including Kuo, have said in the past that an iPhone SE would in fact arrive in 2021, which shows that this prediction game is a very inexact science, especially when predicting long in advance.

Kuo’s new note also said that a battle is underway among several suppliers to provide the cameras for the “iPhone 13” models expected to arrive in the second half of 2021.

Apple unveiled its new 2020 iPhones last month, and what it describes as the second-generation iPhone SE remains part of the lineup along with the four new models. Also listed on Apple’s iPhone page are other older iPhone models, including the iPhone 11 Pro, the iPhone 11 Pro Max and the iPhone 11—all from 2019—and the iPhone XS, iPhone XS Max and iPhone XR, from 2018. The iPhone X, from the year before, is also still listed, as are some even older iPhones.