No Parallel Universe? Scientists Are Beginning to Better Understand Neutrinos 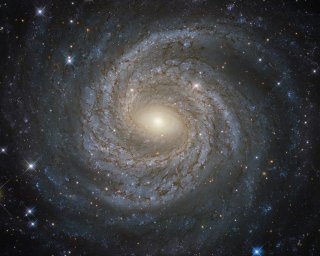 Apologies to all sci-fi fans out there, but scientists did not prove the existence of a parallel universe.

Recent articles by other media outlets tried to make sense of some unusual data that was picked up by ANITA, short for Antarctic Impulsive Transient Antenna, which is a high-energy particle detector located in Antarctica. It is the first NASA observatory for neutrinos of any kind.

But one of those far-fetched ideas—that there is a parallel universe right next to us—wasn’t even a theory developed by a team member working on the experiments. That came from theories thrown out by physicists outside the study—with the reports pulling from the same source of information by New Scientist.

What the exciting experiments have shown are that scientists are finally taking baby steps in better understanding what neutrinos are—bizarre particles that are widespread on Earth and in the universe.

Neutrinos, which are nearly massless, are tiny, high-energy cosmic particles that are often described as “ghostly,” because they have the ability to pass through any kind of matter—stars, planets, galaxies—without changing.

“Neutrinos are these crazy, weird particles. No one ordered all of the crazy features they have, they just showed up, and we’re still trying to figure out what they are,” Peter Gorham, professor of physics at the University of Hawaii at Manoa, told CNN.

“The universe is chock full of them. A billion of them go through our noses every second and we don’t even feel it.”

Scientists are hoping that these strange particles can give new insights into our universe. If the source of neutrinos can ever be pinpointed, that discovery could uncover more information regarding the mysterious cosmic rays, the most highly energetic particles in the universe.

These cosmic rays, mostly made up of protons or atomic nuclei, have long puzzled scientists, as they’re left in the dark about where they come from and how they’re launched across the universe.

“To me, neutrinos are the key to learning about the universe at its most extreme,” Abigail Vieregg, an associate professor in the Department of Physics at the University of Chicago, Enrico Fermi Institute and Kavli Institute for Cosmological Physics, told CNN.

“They will let us learn about the sources in the universe that make the most energetic stuff that are raining down on us, like cosmic rays. They travel really far through the universe. While other particles get mixed up in the dust of universe, neutrinos are a pure, beautiful signal that point to where they came from. I think about them as a perfect messenger, and they tell us about sources from far away.”

In one of the more interesting findings from recent research, scientists in 2018 were able to trace the origins of a neutrino that had journeyed 3.7 billion light-years to Earth.