Not Obsolete Just Yet: PC Sales Went Up in Second Quarter (But By How Much?) 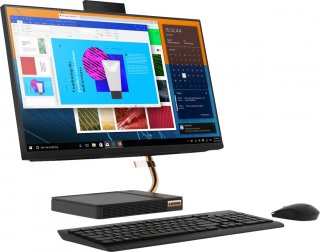 Global PC shipments dropped in the first quarter of the year, when the pandemic hit, but they began to rebound in the second quarter, according to both firms that release numbers that measure that sector.

The reason for the discrepancy between the two firms has to do with differences in their methodologies, including how they define the word "shipments."

“The second quarter of 2020 represented a short-term recovery for the worldwide PC market, led by exceptionally strong growth in EMEA,”   Mikako Kitagawa, research director at Gartner, said in the firm's announcement. “After the PC supply chain was severely disrupted in early 2020 due to the COVID-19 pandemic, some of the growth this quarter was due to distributors and retail channels restocking their supplies back to near-normal levels.

"Early indicators suggest strong PC shipments for education, enterprise, and consumer, muted somewhat by frozen SMBs,"   Linn Huang, research vice president, Devices and Displays at IDC, said in their announcement. "With inventory still back ordered, this goodwill will continue into July. However, as we head deeper into a global recession, the goodwill sentiment will increasingly sour."

The two firms also disagreed on who sold the most PCs in the quarter. Gartner says Lenovo claimed the top spot, with 16.197 million units sold for a 25 percent market share, edging out HP, with 16.165 million units and 24.9 percent of the market. Gartner placed Dell third and Apple fourth.

IDC showed HP first with just over 18 million units, followed by Lenovo with 17.4 million, with Dell third and Apple fourth.